Over 100,000 new tickets released for The Curious Incident of the Dog In The Night-Time 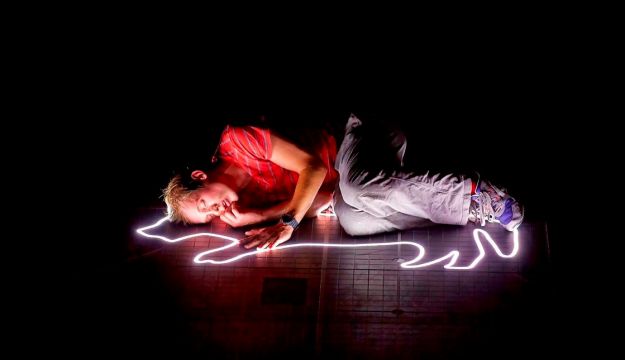 Over 100,000 new tickets are released for sale today (15 September 2014) for the National Theatre’s acclaimed production of The Curious Incident of the Dog in the Night-Time, taking bookings at the Gielgud Theatre to 23 May 2015

Christopher, fifteen years old, stands besides Mrs Shears’ dead dog.  It has been speared with a garden fork, it is seven minutes after midnight and Christopher is under suspicion. He records each fact in a book he is writing to solve the mystery of who murdered Wellington.  He has an extraordinary brain, and is exceptional at maths while ill-equipped to interpret everyday life.

He has never ventured alone beyond the end of his road, he detests being touched and distrusts strangers.  But his detective work, forbidden by his father, takes him on a frightening journey that upturns his world.

Winner of seven Olivier Awards including ‘Best New Play’ and having now been seen on stage by over 400,000 people, The Curious Incident of the Dog in the Night-Time is based on Mark Haddon’s award-winning novel, adapted by Simon Stephens and directed by Marianne Elliott.  The production, now running at the Gielgud Theatre, is designed by Bunny Christie, with lighting by Paule Constable, video design by Finn Ross, movement by Scott Graham and Steven Hoggett for Frantic Assembly, music by Adrian Sutton and sound by Ian Dickinson for Autograph.