A New Season at Theatre By The Lake 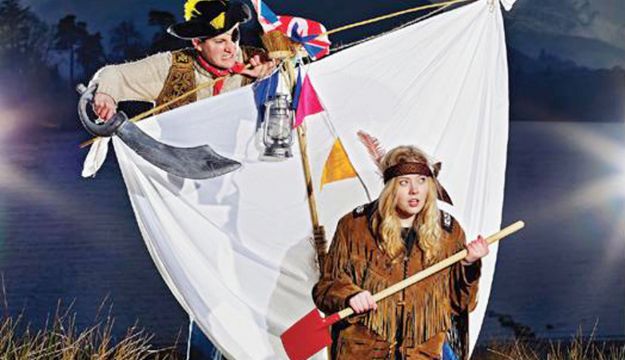 The Theatre by the Lake has now opened public booking for the Summer Season and Christmas 2013, as well as all visiting events from May 2013 to January 2014.

The theatre’s Summer Season, where a company of 14 actors perform six plays in repertory from May to November, returns once again with another eclectic selection to intrigue audiences.

With romance, heartbreak, and laughs, the season ranges from a bright, family-friendly farce in the Main House to an intimate tragedy in the Studio. The season begins in the Main House with See How They Run by Philip King. In wartime 1944, ex-actress Penelope struggles when her handsome former co-star, an escaped German POW, a bishop and several vicars descend on her house in one night of complete chaos. This is followed by J.B. Priestley’s classic thriller An Inspector Calls. A lavish dinner party at the Birling home is interrupted by the arrival of an inspector investigating the death of a young girl. The family gradually unearth the terrible secrets surrounding the mystery, but it’s only after the inspector leaves that they uncover the final twist in the tale. The show is directed by Mary Papadima, whose version of A Doll’s House was a hot ticket in the Studio last year. The final Main House production is Oliver Goldsmith’s classic eighteenth century comedy She Stoops to Conquer. Young Charles Marlow loves the company of barmaids, but becomes nervous and tongue-tied when faced with ladies of education. A visit to the woman his father hopes he will marry results in a spiralling confusion of misunderstandings, mischief and mayhem. There are three equally diverse plays in the Studio. Vincent in Brixton by Nicholas Wright explores the hidden history of Vincent van Gogh’s early years in London, spent lodging in the house of Ursula Loyer and her daughter Eugenie. See ‘Vincent’ before he became the artist ‘van Gogh’, whilst he struggles with love, depression, politics and art. Jacobean tragedy comes to Theatre by the Lake for the first time with ’Tis Pity She’s a Whore, John Ford’s tale of Giovanni and Annabella – siblings who defy the church and society as they pursue their forbidden passion. Their web of lies, deception and revenge culminates in inevitable violence and bloodshed.

To complete the Summer Season, Jez Pike directs The Shape of Things by Neil LaBute. Adam is shy and unassuming, but when he drifts into a relationship with the beautiful Evelyn the shape of his life starts to change for good. But Evelyn has an agenda of her own that will deceive and shock everyone. This year, audiences can see all six Summer Season shows for only £64. Special offers with great savings are also available for people wanting to see four, three or two shows. Terms and conditions apply – ask Box Office for details. The theatre continues to encourage young people to come along and experience the Summer Season. Under 26s can book for any of the six shows on Friday nights and pay just £5 for their ticket (subject to availability).

To round off the year, Theatre by the Lake continues its tradition of Christmas shows for all the family with Arthur Ransome’s Swallows and Amazons, based on the classic children’s book set on Coniston Water. Audiences are invited to come aboard The Swallow to do battle with the savage Amazons and even solve a real-life crime. This new adaptation by Helen Edmundson includes original songs by Neil Hannon of The Divine Comedy.

For the first time this Christmas the theatre is also offering a show in the Studio aimed at children under five and their families. Luna is bored up in the sky by herself, so when she spots a boy hiding from scary shadows on his bedroom wall she decides to make friends with him. Created by Theatre Hullabaloo and Welsh company Theatr Iolo, Luna features songs, music and a pinch of festive magic. As well as Theatre by the Lake’s own shows, May 2013 to January 2014 promises a huge range of drama, music, comedy and dance from visiting companies and artists. Favourites such as the Lake District Summer Music Festival and Keswick Music Society events return, joined by others ranging from comedian Jenny Eclair to a musical tribute to Julie Andrews, Julie Madly Deeply, and folk artists such as Karine Polwart to a version of Tom Thumb performed entirely on a kitchen table.

Tickets can be booked online at www.theatrebythelake.com
or by calling the Box Office on 01768 774411

Head for Hitchin – A Town with a village feel 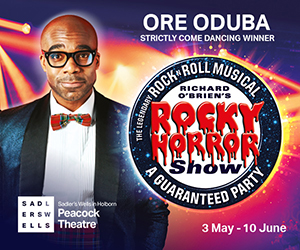