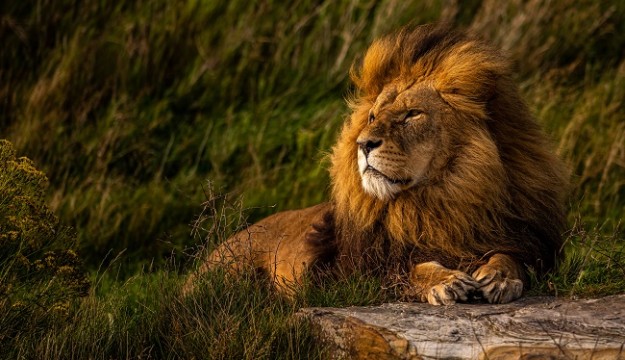 The award-winning Yorkshire Wildlife Park has appealed to the government to review its decision on current restrictions ahead of a parliamentary debate on Thursday 11th June.

MP’s will discuss the crisis facing zoos and aquariums as they remain on the list of businesses that must stay closed in the UK. The British and Irish Association of Zoos and Aquariums (BIAZA) and the All Party Parliamentary Group for Zoos and Aquariums (chaired by Andrew Rosindell MP), has secured time in the commons to debate the need to support organisations dedicated to animal welfare and conservation during this pandemic.

Wildlife parks and zoos are shocked and confused not to have been included in the government’s list of venues that can re-open, despite gardens and National Trust grounds and from June 15th even shopping centres and non-essential retail being given the green light. Zoos around the country are now struggling as they still have high care and feeding bills for their animals.

Yorkshire Wildlife Park is an expansive site of over 150-acres and has 5km of clearly signed pathways.

The lockdown has cost the park around £5 million in lost revenue and is impacting its ability to carry out award-winning conservation projects. In addition to this the monthly cost of looking after and feeding the animals and maintaining the park in lockdown is circa £300,000 per month.

“The safety and health of our animals, our staff team and our visitors is paramount. We have carried out detailed planning to look at how we can control numbers through advance ticket sales and time slots and how we needed to adapt the site and our protocols for visitor management and cleaning in line with Government guidance. Many zoos have now opened up in Europe, Ireland and in Jersey and we have been learning from their experiences,” said John Minion, Chief Executive of the park at Branton, near Doncaster.

“The park is home to more than 450 animals, including many endangered species, and we are a centre for educational and conservation work, which has had to be put on hold. We are calling on the government to reconsider their decision so that we can welcome our visitors again.”

The park is an important educational resource for the region and through the Yorkshire Wildlife Park Foundation raises funds for conservation and animal welfare projects around the globe.

YWP attracted more than 760,000 visitors last year and has won a string of accolades for its initiatives and animal care. It is a major driver of economy into the region with a contribution of over 12.85m GVA (Gross Value Added) annually. The park is also one of the largest local employers with nearly 250 staff on the payroll. The park is an important educational resource for the region and through the Yorkshire Wildlife Park Foundation raises funds for conservation and animal welfare projects around the globe.

“Like other zoos and parks, we have highly dedicated staff team who are working to give the best care to our animals throughout the lockdown, added Mr Minion. “That still has to be funded and we cannot sustain this drain on our resources forever.

“Seeing the park open again would be morale-boosting for the local community and our visitors from around the region. It would be a boost for local businesses too as we have over 980 suppliers that are currently impacted by our closure.”

Nick Fletcher, the MP for Don Valley said, “I welcome news of this debate on the crisis facing zoos in Parliament on Thursday. It is a hugely worrying time for everyone at Yorkshire Wildlife Park, who have been providing great care for the animals for the past 10 weeks under the strain of lockdown. As a local person, I have watched the progress of Yorkshire Wildlife Park since it first started and as it has grown so has its contribution to conservation and animal welfare around the world. It is an inspirational place, especially for children and as a major employer in Doncaster, it is aspirational for our young people too.

It is heart breaking to see that the park has to remain closed when it is such an important resource for the local community. As an expansive outdoor site, and with a team that has the experience and resources to limit the numbers on site and educate visitors on how to be safe during their visit, it is hard to believe that Yorkshire Wildlife Park cannot open but shopping centres and public spaces with no control of numbers can.“

Andrew Rosindell MP, Chair of the APPG for Zoos and Aquariums said: “I am very glad that Mr Speaker has agreed that this important topic should be debated in the Chamber. It is essential that Zoos, Aquariums and Wildlife Sanctuaries are allowed to re-open as soon as possible, or many will not survive this crisis. The Government must act now to save these fantastic institutions, which care for a huge range of animals and endangered species as well as undertaking key conservation work across the globe.”

Dr Cerian Tatchley, Senior Manager at BIAZA spoke out: “We have been grateful to have a very constructive relationship with Government which has led to the establishment of the Zoo Support Fund in England. However, this is not sufficient for the survival of our members and the thousands of animals which rely on them. More help is needed.”

“It makes little sense that the public can now go indoors to shops and retail centres but cannot enjoy the relative safety of acres of a highly controlled outdoor environment. We are in a position now that you can drive across the countryside but you cannot support wildlife conservation by driving through a safari park.” Continued Dr Tatchley.

YWP is calling on its supporters to support the park and other zoos around the country by urging their Members of Parliament to take up the plight of zoos and aquariums with Government in this debate : #YourZoosNeedYou.

Below is a letter template that can be used to contact your local Member of Parliament and urge them to take part in the adjournment debate ‘reopening zoos and aquariums’ taking place Thursday 11th June.

The full URL is https://www.yorkshirewildlifepark.com/wp-content/uploads/2020/06/Public-Template-letter-to-MPs-Reopen-YWP.docx

The short form URL is  https://bit.ly/MPLetter