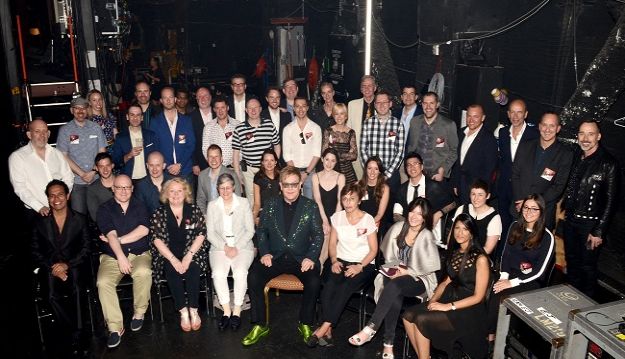 To celebrate 10 years as one of the West End’s best loved hit musicals, the Producers of Billy Elliot invited a group of leading London ticket agents to Las Vegas, to join the shows composer, Elton John, in concert at the Colosseum, Caesars Palace

Following a drinks reception at Fizz, the lavish Champagne Lounge co-owned by Elton’s partner, David Furnish, the group took their seats in the 4,000 seat arena for The Million Dollar Piano extravaganza. After the two hour show, which included an onstage appearance by the ticket agents, where they performed ‘Saturday Night’s Alright for Fighting’ to the sold out crowd, they retired to a local restaurant for the celebration dinner hosted by Elton John, the Producers of the show and Working Title.

Billy Elliot the Musical is playing at The Victoria Palace, London. Currently booking until 19th December 2015

More information on the show can be found by visiting www.billyelliotthemusical.com