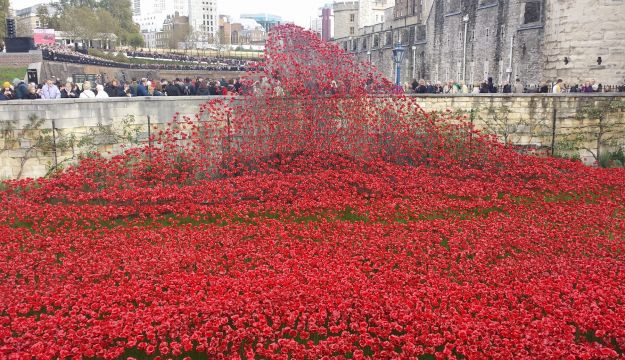 A  coach tour operator in North Wales has donated £400 to the Poppy Appeal, following the success of a tour to the Blood Swept Lands and Seas of Red installation at the Tower of London, which marks the centenary of the outbreak of the First World War.

Arvonia Coaches, based in Llanrug near Caernarfon, decided to make a donation to the Royal British Legion’s Poppy Appeal, which supports those who serve, or who have previously served, in the British Armed Forces, and their families. 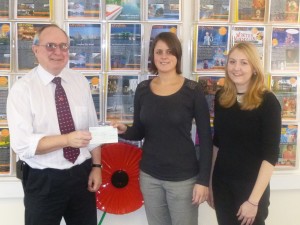 Over four million people are thought to have visited the artwork, where each one of the 888,246 ceramic poppies represents a British military fatality during World War One. Arvonia’s passengers had paid a special visit to the installation on Armistice Day, to witness the planting of the final ceramic poppy in the Tower’s moat.

Sion Stokes, operations manager at Arvonia, said: “Our trip to the Tower of London to see the poppy installation sold out, and it is thanks to our passengers’ support that we are able to make this donation to the Poppy Appeal. We are delighted to be able to support a charity which has a place in so many people’s hearts.”

Receiving the donation, Kevin Forbes, community fund-raiser for the Royal British Legion, said: “I am delighted that Arvonia Coaches has seen fit to raise money and  make a donation to the Poppy Appeal. The £400 will be well-spent helping those in need to ‘Live On’.”