Plan your visit with Discover Durham 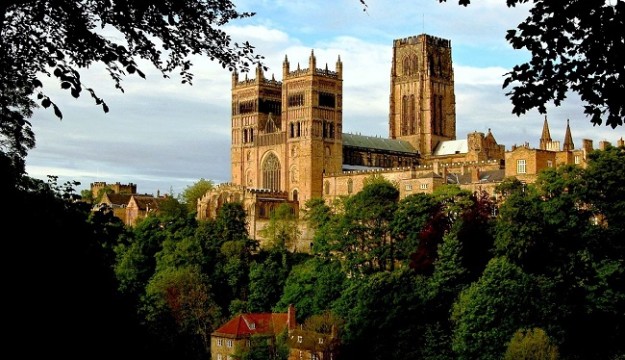 Auckland Castle at Bishop Auckland is undergoing a restoration process and will re-open in December 2018, as part of the wider regeneration Auckland Project.

Existing walls and floors in the castle are being peeled back or re-finished to reveal their former glories; the medieval kitchen will be uncovered; St Peter’s Chapel will be refreshed and the extraordinary art collection re-hung. A new striking Welcome Building at the entrance to the castle will provide information on the castle, grounds and local area. It is due for completion in 2018. 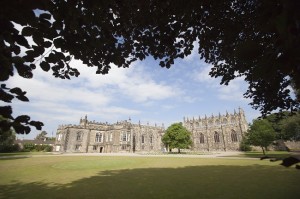 A new extension to Auckland Castle’s Scotland Wing will create a new museum of Faith, the first museum in England to explore the history of faith in the British Isles, from pre-history to the present day. This purpose-built extension to Auckland Castle will create 10 specially-designed gallery spaces across two floors. The Faith Museum will launch in 2019.
A new Mining Art Gallery opened in October 2017. The new gallery, housed in a former bank in Bishop Auckland town centre, provides a permanent home for the renowned Gemini Collection of Mining Art, which includes works by local artists such as Norman Cornish.
A dedicated Spanish Art Gallery will open in Bishop Auckland Market Place in 2019 along with a Walled Garden development in the castle grounds in 2019.

Beamish is celebrating a £10.9million grant from the Heritage Lottery Fund for the Remaking Beamish project. The funding is a major milestone in Beamish’s history and it will help the museum create a range of new ways for people to experience the heritage of the North East. It is the largest single investment ever seen at Beamish. 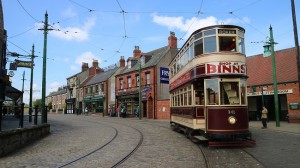 The centrepiece will be a reconstructed 1950s Town – meaning that alongside existing attractions depicting life in the early 19th and 20th centuries, the museum will once again include a period within living memory. Visitors will also be able to stay overnight in a recreation of a Great North Road coaching inn. 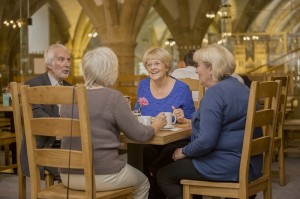 Open Treasure, Durham Cathedral’s world-class exhibition space which opened in 2016, opened the doors to previously-hidden spaces within the Cathedral Cloister, representing some of the most intact surviving medieval monastic buildings in England and home to the best preserved monastic library in the British Isles.

Discover this extraordinary royal dynasty, the key figures within it, and the changes wrought during their reigns. From the Dissolution of the Monasteries, to the founding of the Church of England and the Reformation, places like Durham Cathedral were shaped by their actions, and their impact continues to be felt to the present day.

Visitors can see this extraordinary collection on permanent display in the stunning Great Kitchen with its distinctive octagonal rib-vaulted ceiling, one of only two surviving monastic kitchens in the UK.

Durham City is one of a number of England’s historic cities which have collaborated to develop an innovative augmented reality (AR) product that is bringing heritage to life. 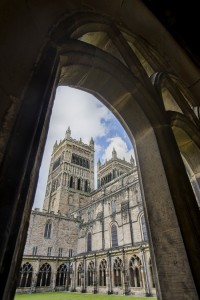 The Durham Cathedral app was launched in 2017 and has been produced by the England’s Historic Cities consortium, of which Visit County Durham is a founding member, with funding secured from the Discover England Fund. Working in partnership with Durham Cathedral, the ground-breaking new AR experience consists of an app and videos that transport the user back in time to unveil the hidden lives of some of history’s most fascinating characters.

In Durham City the AR experience brings the story of the historic cathedral to life through a set of trigger points inside the iconic building. Through the app, visitors can discover the earliest stirrings of recorded English history, meet the Venerable Bede and experience a rare glimpse into the enigmatic and scholarly lives of the Benedictine monks. The ‘England’s Historic Cities’ app is available to download for free in Google Play and on the app store or at www.historic-cities.com/stories

Kynren – an epic tale of England

The UK’s most spectacular open-air live show returns to Durham in 2018. This live-action extravaganza takes the visitor on a whistle stop tour of 2,000 years of history, myth and legend. Taking place in the vast landscaped stage at Bishop Auckland, meet many of the characters and events that have shaped the North East – and the country as a whole – as scenes encompassing the Roman occupation to the Second World War unfold in front of your eyes. With a nightly audience of thousands and a cast and crew of almost 1,000 alongside horses, sheep, donkeys and geese, the scale of this show must be seen to be believed. Shows take place at dusk and run through the summer.

Palace Green Library, Durham City – Bodies of Evidence, discover Durham’s dark secret
The exhibition Bodies of Evidence will explore the history, discovery, scientific analysis and reburial of this group of Scottish soldiers who were taken prisoner by Oliver Cromwell after the Battle of Dunbar in 1650 and held as Prisoners of War in Durham. The story has received considerable media coverage as the remains of a number of these soldiers were uncovered in November 2013 during the construction of the café at Palace Green Library in Durham City. The excavation and subsequent analysis of the skeletons are the subject of a major research project taking place at Durham University and the exhibition aims to broaden public engagement with this project. There has already been significant public and media interest in this project in the UK and the USA where a group of surviving prisoners were transported as indentured servants. By the time the exhibition takes place, the excavated remains will have been re-interred but the exhibition will bring together items from local, national and international collections to tell the story of the soldiers from a number of perspectives.

This new four-star boutique hotel, located on Old Elvet, is moments from the historic Durham City centre. The multi-million pound redevelopment has seen the transformation of former council offices into an 83-bed hotel.The Grade II listed Old Shire Hall was built in 1896 to house the county council and used as the headquarters of Durham University until 2012. 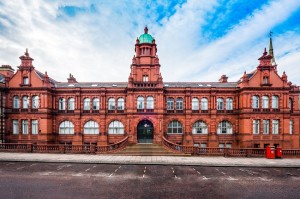 Featuring a cocktail lounge, meeting rooms and a Marco Pierre White restaurant, all retaining the Victorian heritage of the building whilst embracing contemporary culture, the design of the hotel is a nod to the city’s ancient history and bright future.

November 2019
The UK’s largest outdoor light festival returns in 2019 to light up Durham City over four magical evenings in November, illuminating Durham City for the sixth time. The sensational event, which is held every other year, returns to Durham to once again transform the city into a nocturnal art trail. Artists from around the world will illuminate the city in delightful and unexpected ways, with a series of light installations to explore.

To summarize Michelle Gorman, Managing Director at Visit County Durham, said “Durham is a fantastic choice for group travel, especially in 2019. The county boasts a wealth of attractions and world-class experiences which celebrates Durham’s cultural identity, and this will be further enhanced by a programme of exciting international events and new attraction openings for groups to enjoy in 2019”.

All of the details can be viewed on: https://www.thisisdurham.com/discover-durham

Crook Hall and Gardens are very proud to announce that they have been awarded ‘Coach Friendly Status’ by CPT UK. The award was presented to Maggie Bell by Martin Dean, CPT President, at the CPT Annual Summer Event which we were delighted to host for them.

“I would like to congratulate the team at Crook Hall and Gardens on becoming only the second recipient in the Northern region (after Boundary Mill Stores in Newcastle) to receive the Coach Friendly Visitor Attraction status. They offer excellent facilities to groups and all groups are greeted on arrival. Drivers are also catered for with complimentary refreshments and free parking is available either at the nearby Sands coach park or on the main road outside the attraction where parking charges are reimbursed. They have demonstrated a clear understanding of the coaching industry and a commitment to providing coaches, drivers and their passengers with a true Coach Friendly welcome!” 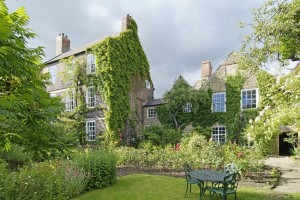 In 2003, in an effort to raise the profile of coaching across the UK, CPT developed and launched ‘Coach Friendly’ status. The status has been designed to recognise and reward the commitment made by towns, cities and villages to understanding the requirements of coaches and their passengers, while also providing first-class facilities, access and information for drivers.

Due to the success to date of this coach industry initiative in 2016 the scheme was extended to also include individual visitor attractions.