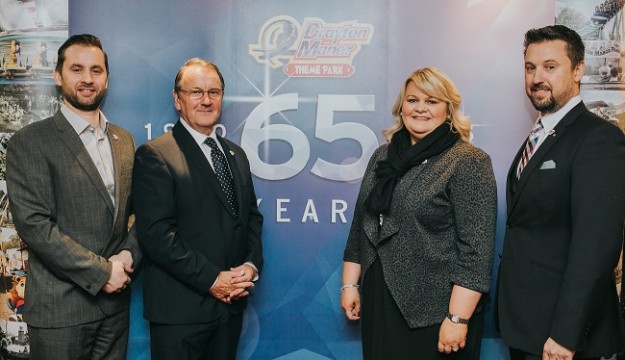 On Thursday (3rd March 2016) Drayton Manor Theme Park celebrated the end of its momentous 65th anniversary season as the Bryan family, staff, suppliers and friends gathered to remember and honour its success over the years.

The family owned and run attraction has come a long way since its humble beginnings in 1949, when the late George Bryan OBE and his wife Vera arrived with the vision of building a family leisure attraction.

From the opening of the Drayton Manor Hotel five years ago, to the launch of hugely popular rides such as Shockwave and G-Force, the family owned park is now home to some of the biggest, scariest and wettest white knuckle rides around, a 15-acre zoo, a 152 seat 4D cinema and not to mention Europe’s only Thomas Land™.

During the lunch, long serving staff and suppliers were celebrated; their hard work through the decades has resulted in over 1,000 years of work at Drayton Manor Park. The twists and turns of these years were remembered and there was also a video produced about a new history book about the park, which is due out soon. As well as this, it was announced that bronze busts of George and Vera Bryan, to commemorate their achievements, will be displayed in the park during the 2016 season

The park kicked off its 65th anniversary season in style, with the launch of a £2.5 million expansion to Thomas Land. Now home to a host of exciting new rides including Captain’s Sea Adventure, Flynn’s Fire & Rescue, Toby’s Tram Express as well as the main attraction, Sodor Airport, it promises to be a memorable day out for families.

The 2015 season also broke records by welcoming a record number of guests through the gates.  Its annual Fireworks Spectacular weekend welcomed nearly 33,000 visitors over the three days at the end of October 2015. Set to the critically acclaimed soundtrack to the War of the Worlds, the Fireworks Spectacular was the biggest display the park has seen in 25 years and has since won national recognition at the Access All Areas, Event Production Awards for ‘Best Visual Spectacular’. 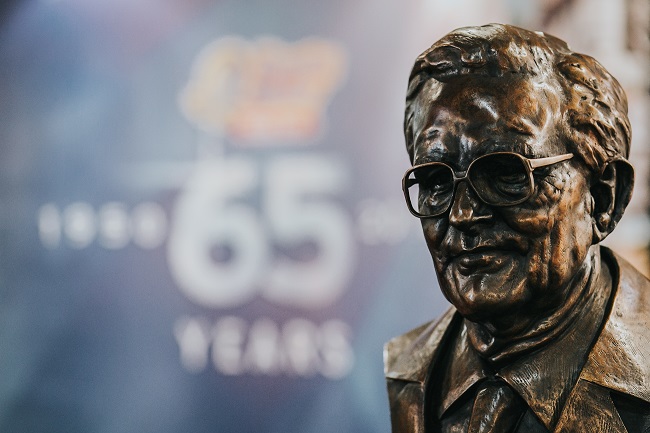 On top of this, the season ended with yet another record breaking attendance for its Magical Christmas event, welcoming a 34% increase in visitors from 2014!

Colin Bryan, CEO of Drayton Manor Park said, “Drayton Manor Park and Hotel means the world to our family. My parents started it from humble beginnings and we’ve achieved so much over the last 65 years. Our anniversary season has been the best year ever and it gives me so much pride to share it with our closest friends. “The leisure industry is constantly developing and we always want to go above and beyond for our visitors. This year we have lots to look forward to, including the launch of our new Tamarin Trail in spring 2016 and our new high ropes attractions, Vertigo in summer.”

To book tickets, or for more information about the park, visit www.draytonmanor.co.uk or call 0844 472 1950. Reduced prices are available for tickets bought in advance. For regular updates and news about Drayton Manor Theme Park join it on Twitter www.twitter.com/Draytonmanor and Facebook www.facebook.com/DraytonManorPark