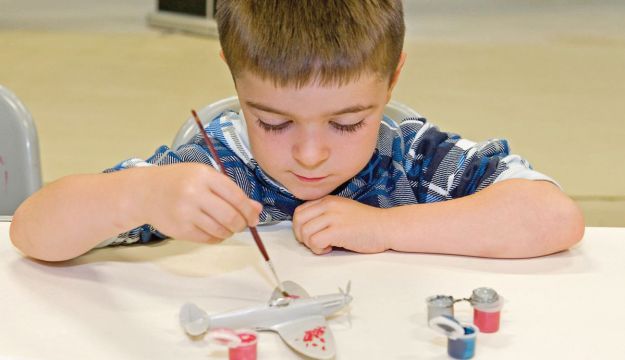 Historic Duxford is a brand new exhibition and historic site trail which explores Duxford’s time as an RAF airfield from 1918 to 1961, this is their first new permanent exhibition since the opening of AirSpace in 2007. This exciting new exhibition has been under development for almost two decades, with the creation and delivery taking three years to complete. This new exhibition and Duxford’s impressive collection of over two hundred aircraft, as well as tanks, military vehicles and maritime craft are all part of your exciting and educational visit to IWM Duxford… allow several hours and bring suitable outdoor clothing and comfortable shoes. For adult groups introductory tours are available along with talks and workshops.

For school and college groups a visit to IWM Duxford can support Literacy, History, STEM, Art, Design, Architecture, RE, PSHE, Citizenship and cross-curricular requirements at Key Stages and for whole year groups. Explore the Museum on self-directed visit or you could add a learning session with museum staff as part of the day’s programme.Thanks to the generous support of the Clore Duffield Foundation, groups are able to take advantage of the dedicated learning facilities in the Clore Learning Centre in Airspace.

Historic Duxford is housed in the original 1930s Watch Office building. In the exhibition, they explore Duxford’s fascinating history. As a typical RAF fighter base, Duxford experienced significant historic events, military developments and social change during the first half of the twentieth century.

RAF Duxford was created during the latter stages of the First World War to train pilots for war.

Between the wars, it was part of ‘the best flying club in the world’ and an important arena for showcasing the RAF’s capabilities to royalty, the press and the public. RAF Duxford’s Second World War history is perhaps the best known, with the dogfights of the Battle of Britain, and, later, the arrival of the American forces. With many things to watch, listen to, have a go at, wear and even smell, Historic Duxford paints a vivid picture of daily life at RAF Duxford. Hear and see fascinating personal stories told by the men and women who worked and lived at RAF Duxford, in sound and film. They look at their jobs, living conditions and how they spent their leisure time. Interactives will immerse you in the lives of RAF Duxford’s service men and women, as you learn how they spent their working day and the skills they needed to do their jobs to exacting RAF standards. Personal objects tell the stories of some of the remarkable individuals who served at RAF Duxford. For the first time in almost a decade, items owned by Douglas Bader will be on display alongside scenes from a rare 1930s home film which shows Bader, alongside his RAF friends and colleagues, having fun off-duty.

See the Watch Office, the forerunner to the Control Tower, as it might have been during the late 1930s. Period details and interactive elements give the impression that the Duty Pilot has only just left the room. Complementing the Historic Duxford exhibition is a heritage trail around the historic site with eight interactive posts. Each post features audio memories from veterans who worked at RAF Duxford. Pick up a family activity sheet from the exhibition to complete as you follow the trail.

Discover Duxford’s own story – its eventful past and fascinating people

Visit www.iwm.org.uk for details of events and activities