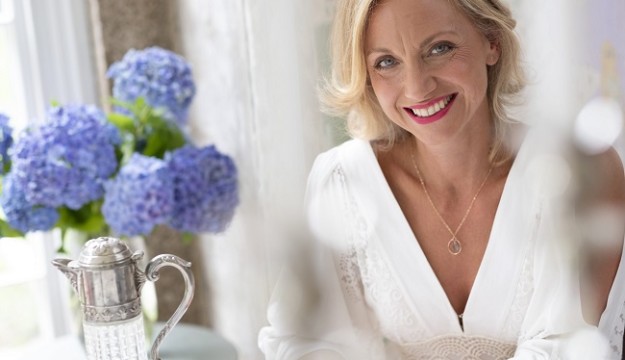 Singer, actress and comedienne Liza Pulman Q&A ahead of her residency at London’s Riverside Studios in Spring 2021

Liza Pulman brings her latest show The Heart Of It to the newly opened Riverside Studios in London for a week’s residency this Spring 2021, having been rescheduled due to the Coronavirus pandemic.

The singer, actress and comedienne who is also one third of satirical comedy trio Fascinating Aida, will be joined by her six-piece band to perform a set of uplifting and heart-breaking numbers from the 1920s onwards.

Classic songs by the likes of Judy Collins, Randy Newman, Fats Waller and Irving Berlin will be rediscovered and reinvented by the talented performer, who brings her own unique interpretation to both the well-known and lesser-known numbers. 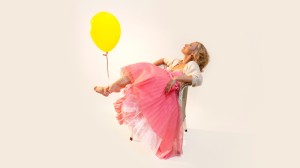 An album release will coincide with Liza’ rescheduled dates at London’s iconic Riverside Studios, running for seven nights from Monday 19 to Sunday 25 April 2021 with tickets on sale soon.

Liza has now also released an EP with 4 tracks from the forthcoming album of the same name, the EP features the tracks Unchained Melody, My Favorite Year, I’ve Got A Feeling I’m Falling and Bye Bye Blackbird.

Available to listen to previews and to purchase from www.lizapulman.com/music/ .

The Heart Of It is based on your new album. How did that come about?

Chris Porter, the legendary producer, came to see my Streisand show at the Lyric theatre in London’s Shaftesbury Avenue, and we hatched a plan that we’d record an album together at Real World, Studios (Peter Gabriel’s studio) in Wiltshire. So, me and the band packed our bags and off we went to work on this fantastic material and make beautiful music together! It was a real leap of faith to disappear into a studio for a week, but we had the most wonderfully creative time and I am thrilled with the way the songs have come together.

My album was due to be launched in May alongside my shows at the Riverside studios, but obviously everything was cancelled earlier this year when the country closed its doors as a result of the grim pandemic, Covid-19. Having poured so much love and time into these tracks, I didn’t want them to just sit in a drawer until 2021, so we released an EP showcasing four of the tracks, as a taster, if you like, of the album to come. The response has been amazing. Bye Bye Blackbird in particular seems to have captured the emotions of our strange, locked down life.

How do you decide on the songs you want to perform?

I do a huge amount of research, just digging around doing all those things we’re able to do in this modern day and age (that mostly involves using the dark arts of Spotify) until I find the material that excites and moves me. When I do find it, I sit at the piano for hours on my own to try and find my way into it as a musician and as a singer.

And then hilariously, because I’m a half-decent pianist – but only half, mind– I record something on what I call a ‘comedy voice memo’ on my iPhone, which usually involves me at the piano going ‘ This should be in a different key’, or ‘sorry about that’, or ‘it should sound a bit like this’. I then send it to my Musical Director Joseph Atkins, and we meet and take that nut of an idea and turn it into what it eventually becomes.

It’s 16 years now since you joined Fascinating Aida. How did that happen?

A mutual friend of mine and Dillie’s (Keane) had been to see me do a little solo cabaret show at Hampstead when I was much younger. He’d gone back to Dillie and said if you need a soprano at any point, I’ve just seen this girl and I think she’d be right up your street.

Years later Fascinating Aida hit a, by now quite familiar, soprano crisis. He rang me and said how would you feel about coming to meet Dillie? I went along the next day to her flat in Chiswick and met her and Adèle (Anderson) who was sitting on the sofa, all austere and terrifying!! I sang a couple of songs for them, and Dillie asked if I read music. I do, so we then the three of us sang around the piano together and it really was just like coming home for us all.

Why do you think you gel so well?

Musically we blend. And we’re all Geminis! I always say there’s six of us in one dressing room at any point. There’s a total harmony of music and humour. We make each other laugh a lot when we’re working on the material – I think we each make each other better, that’s probably the truth of it.

And again, a bit like my work with my Musical Director Joe, I think our reference points are wonderfully diverse. It really helps if you can connect on reference points when you’re making music or writing songs or performing.

You originally trained as an opera singer. Was that always your ambition?

It hasn’t at all, and I can see with the benefit of hindsight how it happened. I was born into this sort of crazily theatrical family. My Dad (screenwriter Jack Pulman) died when I was 10, leaving me, my Mum actress Barbara Young, and my sister Cory, who is six years older than me. Cory was also an actress at that point (she now teaches and directs drama.)

Looking back, I think I was fighting for my own voice within a family of very strong women and because I could sing, I chose to go to music college rather than drama school – but I always meant to be on stage as an actor.

In fact, I didn’t even listen to opera, we never really had it in the house (apart from a recording of Carmen with Leontyne Price and a box set of Isobel Bailey that my father loved!) I actually grew up on the music of the 1920s, 1930s and 1940s, that was the music I adored. Opera was a real left-field thing for me, but when I got to the Guildhall School of Music and Drama, I sort of fell in love with it and, because I was an actress and because I was funny, I discovered that there were a whole host of parts which really suited me.

You were on the Piccadilly line Tube train that was bombed in 2005. How has that informed or affected your outlook on life?

There’s absolutely no denying that it’s a huge part of my history and I was affected in lots of different ways. I certainly felt very vulnerable after it, inevitably I suppose, but the positive things that came out of it were actually remarkable. None of us let’s hope, ever have to find ourselves in a situation where you are suddenly forced to learn something about yourself very quickly but I can tell you, there’s nothing quite like being on a train that’s been blown up for doing just that.

I guess it takes us a long time to work out who we really are. I think up until that point I’d always thought of myself as someone who was afraid in life, that I was nervous and a bit fearful, but I realised when I was in that tunnel that I wasn’t afraid at all, and that, in fact, I was a very competent and capable person, a clear-headed person. I was totally calm and was able to look after the people around me and afterwards, rather remarkably, I recalled every detail, so much so that I was able to write a piece for The Guardian, something I remain to this day, incredibly proud of. I also took the video footage that was shown around the world of us being escorted back up the tunnel tracks to King’s Cross. A regular Kate Adie!

So, in many ways I came out of that tunnel knowing more about myself than I had when I’d gone into it.

Returning to Liza Pulman – The Heart Of It, what can people expect from your Riverside residency?

It will be a much more personal show than I’ve done before because these songs mean so much to me and I think the show that I thought I was going to write pre-Covid, will not quite be the show that I write after it. We cannot help but be affected and changed by the events of 2020 and when you’re singing songs that are as exposing and as emotional as the tracks on my album, there is little place to hide. I feel like we’ve all been stripped back a bit by recent events and so there won’t be bells and whistles on stage with me, just me, the band and the music. There will, of course, be stories -there are always stories – and there will, of course, be talk, because I love to talk!

LIZA PULMAN – THE HEART OF IT

EP – THE HEART OF IT