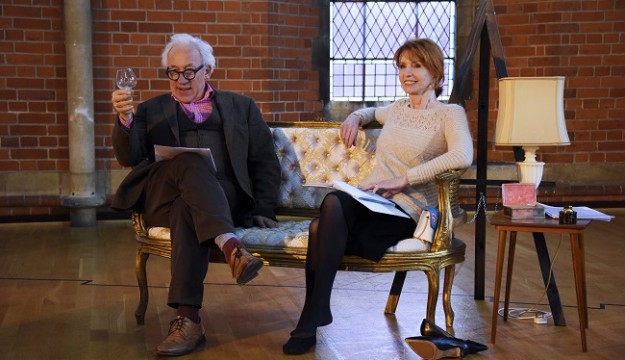 * Simon Callow, Jane Asher, Jessica Turner, and Ash Rizi in Noel Coward’s A Song at Twilight,  From 13th – 23rd February , and then Touring * Owen Sharpe and Kevin Trainor to star in award-winning comedy Stones in his Pockets, co-produced with Rose Theatre Productions, on National Tour from 28th February

Theatre Royal Bath Productions has announced full casting for its 2019 Spring Season in-house productions in the Main House, opening next month with Noël Coward’s A Song at Twilight followed by Marie Jones’ award-winning comedy Stones in His Pockets, in a co-production with Rose Theatre Productions. Simon Callow, Jane Asher, Jessica Turner and Ash Rizi will star in A Song at Twilight directed by Stephen Unwin running in Bath from 13 to 23 February and then touring the UK through to mid-April. Stones in His Pockets will preview in Kingston from 28 February and open in Bath in March, ahead of a national tour running through the summer, starring Owen Sharpe and Kevin Trainor and directed by Lindsay Posner. A SONG AT TWILIGHT Wednesday 13th February–Saturday 23rd February Stephen Unwin directs Noël Coward’s A Song At Twilight starring acclaimed British actors Simon Callow, as ageing author Hugo Latymer, and Jane Asher, as his former mistress, actress Carlotta Gray. They are joined by Jessica Turner as Hilde, and Ash Rizi as Felix. Bittersweet, hugely entertaining and full of sharp wit and repartee, A Song at Twilight is about harbouring secrets and the regret of missed opportunities. Noël Coward himself made his farewell stage appearance playing the semi-autobiographical role of Sir Hugo in the West End production of the play in 1966. World famous author Sir Hugo Latymer is growing old, rude and haughty. In the private suite of a lakeside hotel where he lives, he is attended to by his long-suffering wife and former secretary, Hilde, and Felix, a handsome young waiter. Here he nervously awaits the arrival of an old flame, actress Carlotta Gray, with whom he had a two-year love affair more than 40 years ago. What can she possibly want now? Revenge for his characterisation of her in his recent autobiography? Money to compensate for a second-rate acting career in the States? But Carlotta is writing her own memoir and wants something much more significant. Jane Asher (Carlotta Gray) is highly regarded as one of the UK’s most accomplished actresses. Her recent stage credits include Great Expectations, An American in Paris, Pride and Prejudice, Charley’s Aunt and Moon Tiger. TV and films credits include Alfie, The Mistress, Dancing on the Edge, Holby City and The Old Guys. Simon Callow (Hugo Latymer) is an acclaimed actor, writer and director, best-known for films including Amadeus, Four Weddings and Funeral, A Room With A View and Shakespeare in Love. Recent stage work includes Equus, Waiting For Godot, Shakespeare: The Man From Stratford. He returns to Bath where he previously starred in Noël Coward’s Present Laughter. Ash Rizi’s (Felix) recent stage credits include East is East (Trafalgar Studios and UK Tour), Bifurcated (Southwark Playhouse) and Blood Wedding (Omnibus Theatre). He has been seen on screen in television series’ Luther, Drifters, Unforgotten, Silent Witness, Doctors, EastEnders and the feature film Kingsman: The Golden Circle. Jessica Turner (Hilde) most recently performed with the Royal Shakespeare Company in The Fantastic Follies of Mrs Rich. Other stage credits also include All My Sons (Rose Theatre, Watermill), The Second Mrs Tanqueray (Rose Theatre), Waste (Almeida) and King Lear (Old Vic). Jessica has also appeared on screen in Father Brown, Doctors, Midsomer Murders and Law & Order. Stephen Unwin founded English Touring Theatre and was previously Artistic Director of Rose Theatre Kingston, Resident Director at the National Theatre Studio and Associate Director of the Traverse. Directing credits include The Real Thing, Moon Tiger and Present Laughter at Theatre Royal Bath, All Our Children, which he also wrote, at Jermyn Street Theatre, and Il Barbiere di Siviglia at the Royal Opera House. Following Bath, A Song at Twilight will tour to Guildford Yvonne Arnaud, Cambridge Arts Theatre, Windsor Theatre Royal, Rose Theatre Kingston, Malvern Theatre, Eastbourne Devonshire Park and Norwich Theatre Royal until mid-April. STONES IN HIS POCKETS Presented by Theatre Royal Bath Productions and Rose Theatre Productions Monday 11 – Saturday 16 March 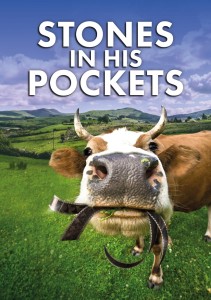 Have you registered yet for our latest FAM trip ?