Grampian Transport Museum has mounted a new exhibition in 2018 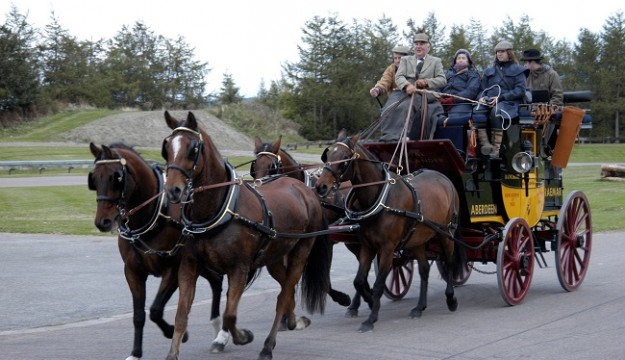 Not all museums deal only with the past. Grampian Transport Museum has mounted a new exhibition in 2018, chronicling the history of electric vehicles, past present and probing the future.

Whilst there has been a recent resurgence in the manufacture and popularity of electric vehicles, the world’s first electrically propelled vehicle was demonstrated to the public in Aberdeen by an industrial chemist called Robert Davidson.  His contribution to the technology is detailed in the new comprehensive display and includes full size working replicas of his battery and reluctance motor.

A modern electric car uses Lithium ion batteries which provide a much more efficient storage format than the early chemical batteries which evolved into the lead-acid batteries which are still used in motor vehicles, primarily to start their engines.

The museum has a range of electric vehicles on display – at least one, the electric milk float, will be familiar to most people old enough to remember door step delivery of their daily pinta.

The museum has a large display of bicycles from through the ages, including a genuine Penny Farthing, and racing and touring bikes from throughout the 200 year history of cycling.  Included too is a Raleigh Chopper and a hand built time trial cycle, which local rider, Jon Entwistle rode to Scottish Championship and international success.

A double deck carousel houses most of the museum’s motor cycle display with some interesting exhibits which include racing, touring and road bikes as well as the trike used by Billy Connolly in his television series.

2017 featured Guy Martin’s 2015 Isle of Man TT Triumph and it is hoped that at least one bike from his varied collection will be on show in 2018 – this is the only museum Guy regularly lends out his collection to, a source of great pride to Mike Ward, the museum’s Curator who has overseen the expansion of the operation from an old warehouse to a custom built facility attracting around 50,000 visitors annually.

The collection of cars and commercial vehicles reflects vehicles with local provenance ranging from the Craigievar Express, a handbuilt steam trike constructed by the village postman here, the Birkhall, a steam engine built for the Queen Mother’s estate of the same name and a 1940s Mack snowplough which helped keep the region’s roads open in winter for around 30 years.

The museum owns an Albion, an Arrol-Johnston and an Argyll, representative of the ‘3 As’ (Scottish based vehicle manufacturers).  Other cars on display range from those that everyone recognises like Ford Escorts and Austin 1100s to exotica like the Fiat Giannini 750 Sport which won its class in the 1949 Mille Miglia. 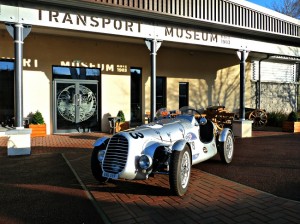 The Travellers’ Rest ‘soup and sandwich’ tea room, which attracts well deserved recognition on Trip Advisor, also serves barista coffees, teas and other hot and soft drinks alongside snacks, ice cream and traybakes. Its décor is complemented with a wonderful display of scale models, making it an ideal place to reflect on your visit to the museum.

For more information on the Museum visit  www.gtm.org.uk

Get into the festive spirit in some of the world’s most iconic...