Group travel on its way to Caerphilly ! 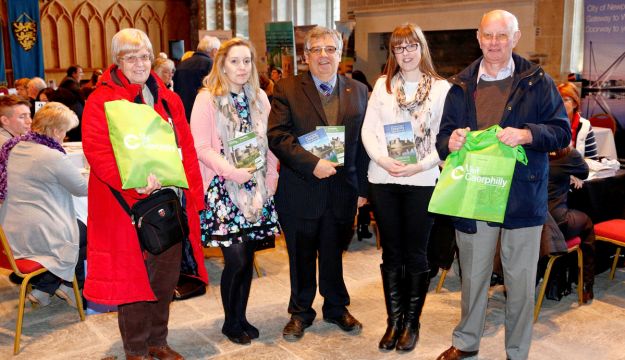 The guide forms part of a series of six across Southern Wales and features a selection of accommodation, hospitality providers, visitor attractions, activity providers and day tour itineraries, to give group organisers a flavour of the borough.

The launch of the guide coincided with a ‘Group Travel Showcase’ held in Caerphilly Castle on Tuesday 2nd February. The event was organised by Southern Wales Tourism Group and attracted over forty group travel organisers from across England, as far north as Yorkshire. The showcase was the culmination of a two-day familiarisation visit across the Southern Wales region, which also included an evening tour and meal at Llancaiach Fawr Manor in Nelson.

Sally Walters, Tourism Marketing Officer for Caerphilly County Borough Council and Chair of the Southern Wales Tourism Group said, “the event was a huge success and a fantastic opportunity to speak to group organisers who are interested in bringing groups to the borough. Along with my colleague, Events & Marketing Apprentice Rubecca Clinch, we met with seventeen interested group organisers, with one booking already secured with local hotelier Llechwen Hall Hotel, who also attended the showcase.”

It is hoped that the success of the Group Travel Showcase along with the launch of the travel guide and the new 2015 Caerphilly Visitor Guide, will bring visitors to the county borough and in turn allow the team to support and benefit local businesses.

Cllr. Ken James, Cabinet Member for Regeneration, Planning and Sustainable Development praised the success of the Group Travel Showcase and the work of the Southern Wales Tourism Group and the council’s Events and Marketing Team for delivering the event and the wider marketing campaign. He said:

“Tourism within Caerphilly County Borough is big business, with an estimated economic impact of £51 million for the first 6 months of 2014, this is a 6% increase on the same period in 2013. It was wonderful to see so many group travel organisers at Caerphilly Castle, many of which I spoke to and the feedback was extremely positive. Many were surprised at the diverse range of visitor attractions in the county borough along with the quality of hotels to bring groups to. It is hoped that more events like this will take place in the future.”

More information on Caerphilly on www.visitcaerphilly.com