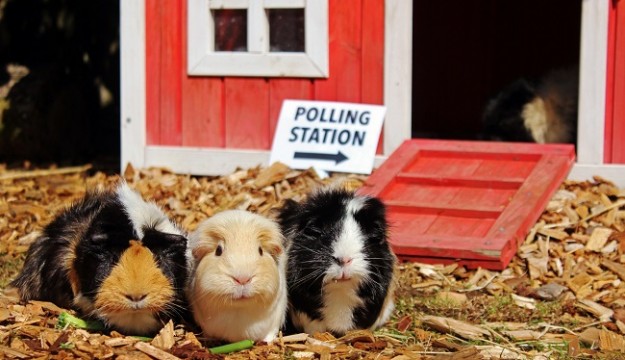 A group of guinea pigs were the obvious candidates to try out a miniature polling station at Longleat’s Animal Adventure this week.

The quartet of straw pollsters were among the first to leave their marks on the ballot paper ahead of this Thursday’s General Election.

The guinea pigs were offered a list of candidates which included Ms G Raff, Mrs C Lyon and Mr R Madillo representing a range of parties like the Liberal Meerkats, the Green Tree Frog party and the Boa Constrictor party. Longleat keeper Rebecca Earner said: “They were all extremely keen to get inside the Polling Station; although this may have had something to do with the chopped beans and carrots we had placed inside. 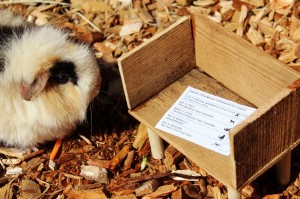 “However the entire process went extremely smoothly despite the fact there were a large number of spoiled ballots.

“We’re hoping our visitors enjoyed the early election and that it might just persuade a few more of them to turn up on Thursday to exercise their right to vote,” she added.

Alongside the guinea pigs Longleat’s Animal Adventure is home to a variety of other animals including rabbits, butterflies, parrots, armadillos, snakes, spiders and lizards.