HERSHEY FELDER as OUR GREAT TCHAIKOVSKY 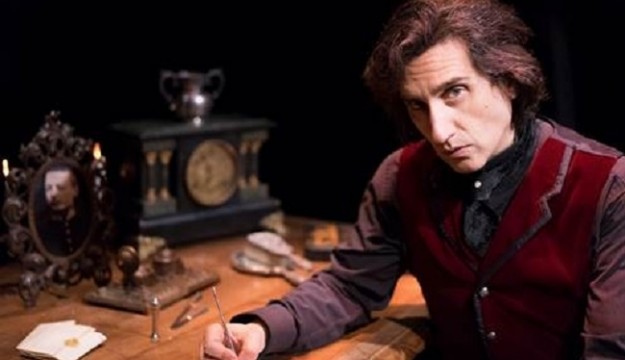 The Other Palace, SW1E 5JA

Featuring Piotr Ilyich Tchaikovsky’s most popular compositions including his Nutcracker Ballet, 1812 Overture, 6th Symphony and more. With a book by Felder, Our Great Tchaikovsky is a time-bending tale of music and politics and the story of one of the world’s most beloved composers, directed by Trevor Hay.

The composer of beautiful ballets Sleeping Beauty, Swan Lake, The Nutcracker, and ferocious and melodic symphonic works, piano concerti, overtures, operas and chamber music, a healthy 53-year-old Tchaikovsky conducted the premiere of his enigmatic Symphony No. 6, “Pathétique” in 1893 in St. Petersburg, and, nine days later, he was dead. To this day, how and why he died is still a mystery. Our Great Tchaikovsky endeavours to understand why this is still the case.

Our Great Tchaikovsky has broken box office records and garnered unanimous critical acclaim across the US since its debut in January of this year. A combination of this success and the current relevance of the themes explored has spurred Felder to bring this new show directly to the UK in place of the previously planned Leonard Bernstein/Irving Berlin productions. Tchaikovsky’s life story has a particular resonance for our times, and Felder’s unique combination of theatrical performance and pianistic skill promises to bring Tchaikovsky to life in a completely original manner.

The Other Palace Theatre opened its doors in February as a home for musical theatre. Discovering, developing and reimagining musical theatre is at the heart of what The Other Palace is about and they are passionate about theatre and want their spaces to encourage and nurture the next generation of theatre-makers and musicals.

The Theatre space offers a programme of full productions, work in progress productions and festivals of new work. The Studio offers a diverse programme including cabaret, music, musical theatre and comedy. www.theotherplace.co.uk

Allow time to eat before the performance…

Eat atLord Lloyd Webber’s new restaurant, The Other Naughty Piglet which has been chosen by the latest edition of The Good Food Guide as one of the best new places to eat in Britain, barely six months after it’s opening…and their sharing plates are delicious and fun to eat.

The venue, housed inside the musical impresario’s theatre, The Other Palace, in Victoria, is a spin-off of one of his favourite restaurants, The Naughty Piglets in Brixton.

Lord Lloyd Webber, apparently has nurtured an ambition to become a restaurateur, so he is naturally pleased that his first attempt has been well received. His aim was to have something that wasn’t too expensive where people could meet and talk about theatre…and he has plans to open restaurants at some of his other theatres on the back of the Other Naughty Piglet’s success, so watch this space! Tel: 020 7592 0322.