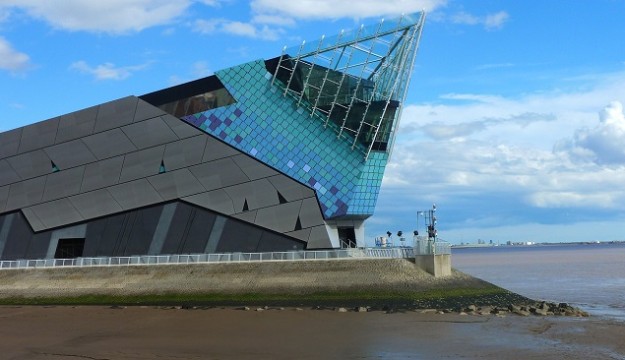 The film and the travel industries have combined to help put Yorkshire’s Maritime City on the tourism map.

Hull in East Yorkshire has always been of great interest to groups and the production of a special ‘coach road-trip movie’ will help the city destination to reinforce its appeal to this important tourism market.

Working with UK travel trade specialists Steve Reed Tourism Ltd of Hampshire in conjunction with Flintshire based Eastwood Media, the finished film is now being distributed to coach and tour operators around the country.

Organised by Visit Hull with the support of local attractions, hotels, retailers and group venues, the film is to be used to help tour planners put their tours together. It works as a practical planning tool and a virtual FAM for the travel trade. Local Tour Guide Paul Schofield featured in the film.

Many of Hull’s attractions are included such as The Deep; the Maritime Museum; the Marina; the Old Town and its heritage pubs; Trinity Square; Hepworth’s Arcade; the William Wilberforce Museum and Humber Street – the emerging hospitality area.

‘The short film is the perfect way for coach operators and GTOS to put their tours, holidays and excursions together,’ says Tina Mott of Visit Hull.

‘This has been made possible through the support and cooperation of many local tourism businesses and we are very grateful to them. Many of the elements of Hull’s tourism offer have been included in the film and this also includes the progress of the exciting Yorkshire’s Maritime City project which seeks to preserve four historic maritime sites and two heritage ships.’

Steve Reed Tourism have pioneered this new service for the travel trade and already film-shorts have been produced – usually featuring Steve as a well-known face in the tourism scene. The areas they cover include Porthcawl and Bridgend County; Port Sunlight Village; Plymouth; Southern Wales and now Hull. Further films have just been shot in Northwest England and in the English Riviera.

You can view the film here:  www.youtube.com/channel/UCgZ3FnIjyQ61Ppa6qYhvieg