Ireland’s open for business – as this FAM trip proved 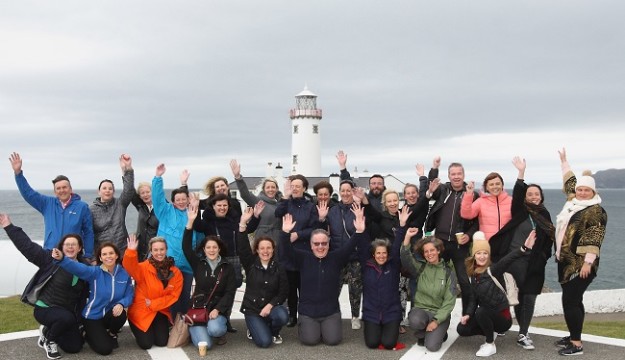 And it’s a big hello from them!

Coach Tourism Association members joined coach tour operators and group travel organisers from all over the country for a familiarisation trip to the island of Ireland, pictured here at Fanad Head lighthouse.

The wide ranging trip, organised by Tourism Ireland, Tourism Northern Ireland and Failte Ireland, took in Belfast, Armagh and Derry-Londonderry in Northern Ireland before heading on to Donegal and Carrick-on-Shannon and ending with a farewell dinner in Dublin.