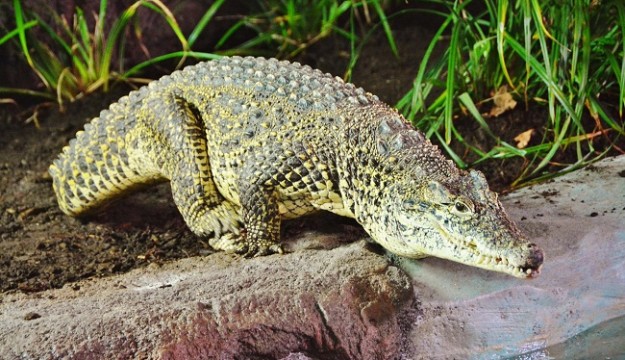 A pair of Critically Endangered crocodiles, renowned for their ability to jump out of the water, is settling in to a new purpose-built semi-aquatic display at Longleat.

The female Cuban crocodiles, each measuring close to two metres in length, are among the newest arrivals at the Wiltshire attraction.

They’re sharing their new 80,000-litre home with shoals of freshwater fish and, it is hoped, dozens of exotic butterflies will soon be joining them in their tropical display. 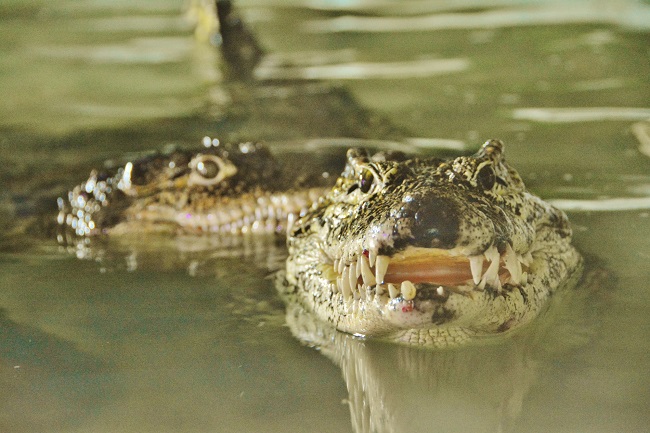 “Cuban crocodiles have a reputation as one of the most aggressive species of crocodilians,” said keeper Jon Ovens. “They have extremely strong tails which allow them to leap high out of the water and capture birds and mammals from overhanging tree branches. They also spend a lot of time on land and are able to move extremely quickly.

“Our display has a high acrylic window both above and below the waterline which allows people to get incredibly close encounters with them,” he added. Only found in a 500 sq km area of Cuban swamp the species is in serious danger of extinction in the wild.

Their brightly coloured skin has made them vulnerable to hunting and their extremely limited range makes them at risk from habitat loss. The species is also endangered due to interbreeding with other introduced crocodiles.

Longleat’s two females, aged 15 and 28, are part of an international breeding programme for the species.

“Crocodiles are very long-lived animals and ours could live to be 75 years old or even older. Fully grown males can reach lengths in excess of three metres,” said Jon.

“Cuban crocodiles are also considered one of the most intelligent species and we will be training ours as part of an ongoing enrichment programme. Our aim is to get them to respond when we call them and to interact safely with their keepers,” he added.

The training involves a rewards system where the animals are given food for responding correctly to instructions. The first stage is to get them to recognise their own names, exit and then re-enter the water on command.