LONGLEAT JOINS FORCES WITH THE NATURAL HISTORY MUSEUM TO BRING T. REX ROARING BACK TO LIFE 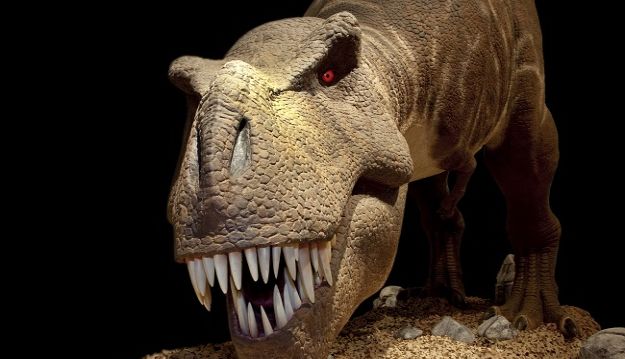 Running from May 24th to September 3rd, ‘T. rex: The Killer Question’ transports visitors back through time to come face to face with the fiercest dinosaur ever to have roamed the planet.

Divided into seven scenes, the new feature sees visitors take on the role of dinosaur detectives trying to answer the conundrum of whether T. rex was a predator or a scavenger. This immersive 3D blockbuster exhibition, specially created by The Natural History Museum features a fearsome life-size T. rex skeleton cast, amazingly realistic animatronic dinosaur scenes, depicting hunter and scavenger behaviours, as well as hands-on replicas.

With jaws that could crush a car, a mouth so wide it could swallow a human whole and the strongest teeth of any dinosaur, Tyrannosaurus rex has earned a killer status as the world’s most formidable predator, resulting in it having a starring role in Steven Spielberg’s ‘Jurassic Park’ film franchise.

The exhibition asks whether T. rex lives up to its infamousHollywood reputation, encouraging visitors to join the mass scientific debate.

“Visitors are invited to explore clues and information presented in the exhibition to draw their own conclusions about how these dinosaurs captured and ate their prey.

“It is a family show not-to-be-missed, and we hope Longleat’s visitors will enjoy it as much as our scientists and interpretation team had developing it,” added Alex. The new exhibition is part of the Predators season at Longleat which also features a series of animatronic scenes depicting some of the animal kingdom’s most successful hunters including polar bears, great white sharks, lions and crocodiles.

T. rex: The Killer Question runs from May 24th to September 3rd in the Longhouse at Longleat, Warminster, Wilts BA12 7NW.

Group rates for 2017 are Adult £24.50; Child (3-15) £18.35; Senior £22.00.  Group rates are available for groups of 12 or more people.  Longleat also offers a complimentary organiser ticket for a group of 30 or more, and a free coach driver ticket plus meal voucher for every coach operator booking