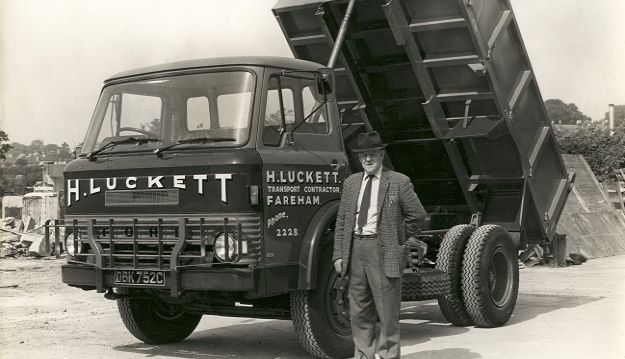 The year was 1926. George V was on the throne, Queen Elizabeth II had just been born and in Hampshire, a company by the name of Lucketts was created.

Now, 90 years later, Lucketts is celebrating nine decades in business and is still owned by the same family.

Today the coach and travel company, based in Fareham, employs more than 320 people and has almost 130 vehicles, ranging from six seater chauffeur driven cars to 63 seater luxury coaches, in its ever-growing fleet.

Lucketts works with some of the biggest names in business and tourism, counting global financial institutions and government departments among its clients. It owns two other brands – Coliseum Coaches and Worthing Coaches – and also runs over 100 journeys each day for National Express. 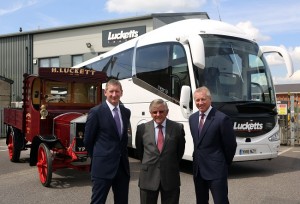 While Lucketts is now a major player in the coach and travel industry, the firm started from humble beginnings back in 1926 when it was founded by Harry Luckett as a haulier to transport goods around the Solent. The company made its move into passenger transport when David Luckett, Harry’s son and the current chairman, said: “It would be easier to transport things that can walk on and off by themselves!” He bought the first coach in 1973 and the rest is history.

Over the decades Lucketts has expanded steadily and is now one of the largest operators in the UK, offering coach hire services for schools, businesses and private groups and its holidays and day excursions in the UK and Europe.

David Luckett, who has been in the Lucketts business for 53 years, says the fact the company has always been an independent, family owned business has played a big part in its success over the last 90 years.

He said: “It means we can be very flexible and bring in changes and innovations very quickly. Just this year for example we’ve invested £1.6m in seven new coaches to ensure we have state of the art vehicles with high comfort levels. The quality of facilities on board has become one of the most important things to passengers over the last few decades so it’s been a huge focus for us.”

Every year Lucketts’ coaches travel more than 8.4 million miles to destinations as far afield as Austria, Italy and Spain. In the last year alone the company carried tens of thousands of holiday and day excursion passengers. As part of its 90th anniversary celebrations it has been running special deals on day trips in the UK, with offers including trips to Windsor, Portobello Market or Canterbury for £19.26.

David Luckett, whose sons Ian and Steve are joint managing directors of the company, said: “We’re incredibly proud of our heritage and to have stood firm through so much change over the last 90 years. We’ve survived a world war, the energy crisis of the 1970s and a number of economic recessions and key to that has been listening to our customers and striving to provide the best quality.

“Now is an exciting time for us as we look ahead to further growth and evolve from being the family-run local operator we started as to an industry-leading regional operator with a family ethos.”

To find out more about Lucketts visit www.lucketts.co.uk