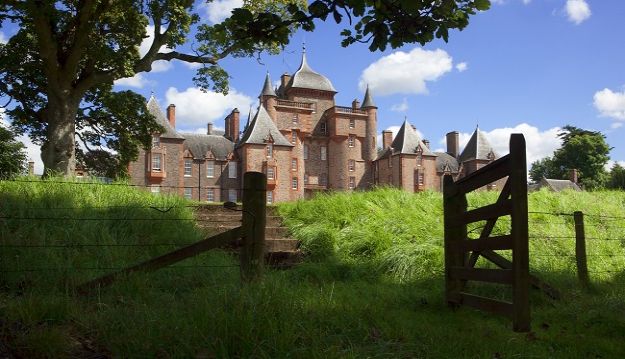 Magnificent Thirlestane Castle, with it’s blaze of red turrets, is one of The Scottish Borders most fascinating and celebrated properties.  Thirlestane dates back to  the 14th century, when a large Border fort was built on the site to defend the approach to Edinburgh from the south.

Throughout its long history, Thirlestane belonged to the Lauderdale family. The Maitlands came to Britain from France with William the Conqueror in 1066, and settled in Northumberland. In about 1250, Sir Richard Maitland married Avicia, the daughter and sole heiress of Thomas du Thirlestane. It was this marriage that brought the lands of Thirlestane and others into the ownership of the Maitland family. The ruined remains of one of the family homes at that time can still be seen, two miles from the Castle off the A697

Through military service and their contributions to law and the arts, the Maitlands gained increasing influence and power. In 1590, John Maitland became Lord Chancellor of Scotland. His son was created 1st Earl of Lauderdale and his brother, William Maitland, was Secretary to Mary Queen of Scots.  Today, the Castle is still home to the Maitland family. 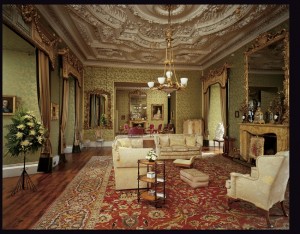 During the summer months Thirlestane is open to day visitors and for group tours. Thirlestane also makes itself and it’s setting available for corporate events throughout the year, by prior arrangement. Visitors come from far and wide to be inspired, educated, innovated, create and even dance the night away, as our castle becomes yours.

The local, experienced and entertaining guides have a wealth of knowledge about the Castle and really bring the fascinating history to life. Tours take an hour and a half – plenty of time to take in the ambience and learn the importance of one of the oldest and finest castles in the country.  After the tour, visitors can enjoy the cosy tearoom and the Castle’s pretty shop with vintage finds and Thirlestane merchandise.

The Castle is fantastically located at the gateway to the Highlands and Edinburgh. It is a stone’s throw from the pretty town of Lauder, known for its stylish shops and art gallery. It is also close by to other fascinating places and properties in this exquisite part of southern Scotland, such as Melrose and Abbotsford House.

For more information about Thirlestane Castle, visit the website www.thirlestanecastle.co.uk