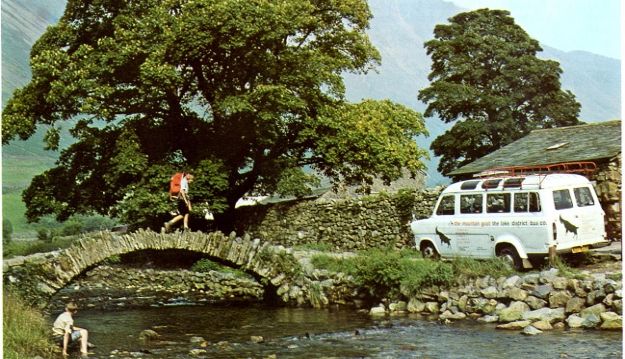 Iconic Lake District minibus company – The Mountain Goat – celebrates its Golden Anniversary this year – turning 50 on March 31st, 2022. A year-long programme of events is planned to mark its fifty years of guiding tourists around the area’s most spectacular scenery. 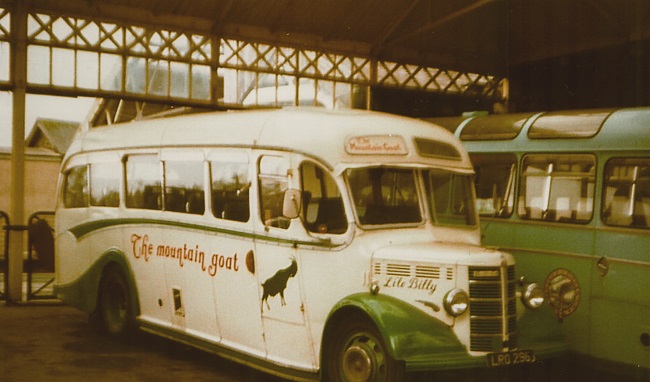 It all began back in 1972, on Good Friday when the company’s first minibus set off on its inaugural trip over the Kirkstone Pass to Glenridding – without any passengers! Since then, the company has flourished and now carries tens of thousands of passengers every year. It’s estimated The Mountain Goat buses have covered enough miles over the last 50 years to travel to the moon and back 40 times! It was first launched to link communities in Lake District valleys left isolated by cuts to bus services in rural areas.

But it soon became apparent there was a big market for carrying tourists around the area as well as serving local people. Initially called The Lake District Minibus Company, the name soon changed when a passenger on an early test run over the fells told founder, Chris Taylor: “Blimey Chris – the buses climbed the mountain like a Mountain Goat!”

Director Stephen Broughton, says: “We are thrilled to bits to be celebrating our Golden Anniversary and to know The Mountain Goat is a Lake District icon around the world.”

One of the company’s original employees was mechanic Chris Dobson who joined in 1972 and still works with the company. For half a century he’s helped keep the buses on the road – repairing, re-building, servicing and safety checking the fleet.

“In the early days we had vehicles that went through clutches for fun on the sort of routes we covered. I used to get called up to places like the top of Hardknott Pass to repair engines and get the bus back down.

“Some routes were really spectacular and difficult,” he says. “One driver took a pot of paint up Hardknott Pass to mark a rock to show where he needed to start turning to make it around one of the sharpest hairpin bends.”

It was Chris who came up with the name for one of The Mountain Goat’s most iconic buses, Li’le Billy, a classic 1949 Bedford OB Bus which they acquired in 1976 to run the Glenridding service.

“The bus driver was called Billy,” says Chris; “So I just started calling his bus “Li’le Billy” in my Cumbrian dialect and it seemed to stick!”

Li’le Billy went on to become so famous that Corgi Model Toys made replicas of it – and the bus is now in a museum in Japan!

“I didn’t think much to the idea when I first heard they were getting a vintage bus to run the service over Kirkstone,” says Chris. “But we cleaned it up and rebuilt it and it was very reliable! We had to rebuild the gearbox a time or two though!”

The mainstay of the fleet in the early days were converted Ford Transit minibuses with roof racks to carry backpacks and other equipment. The company now has a fleet of around 30 vehicles, mostly Mercedes Sprinters, ranging from 6 seaters to 24 seaters. 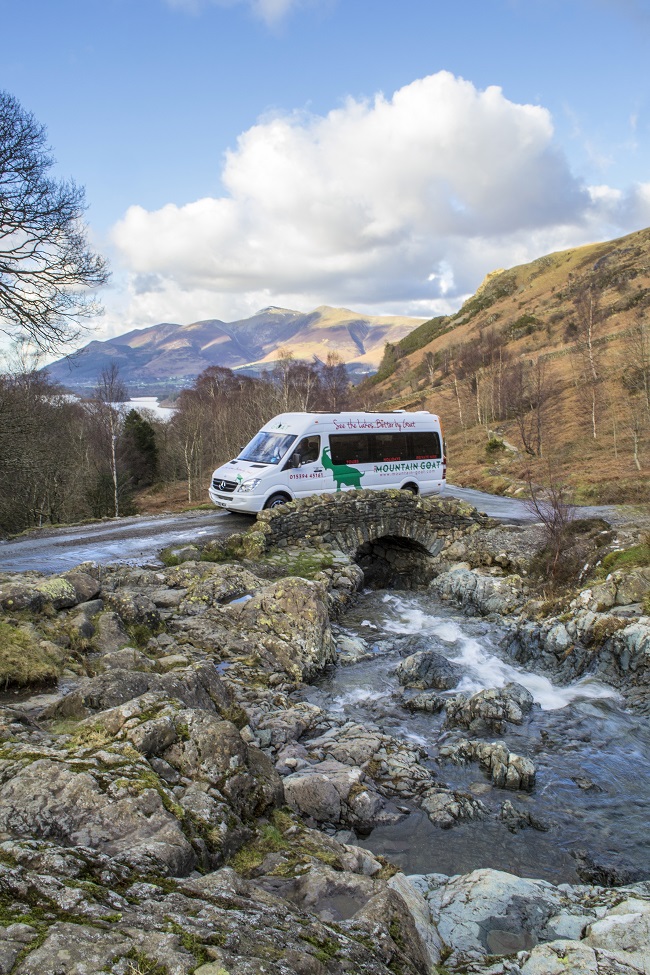 “Much of our success over the years is down to our drivers – who are more than just drivers,” says Stephen Broughton. “They are guides who use their personalities and expertise to educate and entertain passengers while showing them some of the most stunning landscapes in the world.

More information on the company is available at www.mountain-goat.com