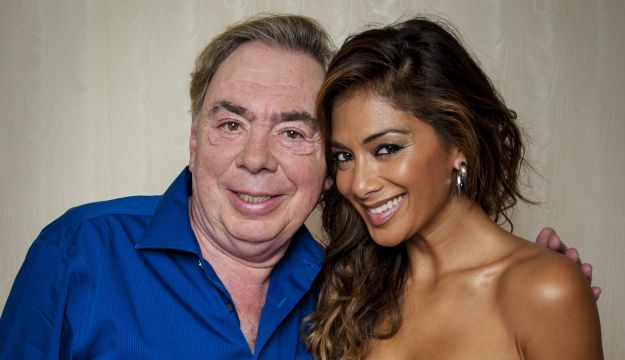 Returning to the West End for a strictly limited run at the London Palladium from 6 December 2014, press night will be on 11 December at 7pm.  Based on T. S. Eliot’s Old Possum’s Book of Practical Cats, the original creative team – Director Trevor Nunn, Associate Director and Choreographer Gillian Lynne, Designer John Napier and Composer Andrew Lloyd Webber – are reunited to bring  Cats back to the West End this Christmas.Final casting will be announced shortly.

On joining the West End production of Cats, Nicole Scherzinger said:   “I am really thrilled to be making my West End debut in such an iconic show and I couldn’t be more excited.  To have the opportunity to work with Andrew, Trevor and Gillian is a dream come true.  I grew up listening to Andrew’s extraordinary music and was lucky enough, a couple of years ago, to record Cats’ beautiful song Memory.   Andrew’s score is breathtaking and I am truly honoured to have been asked to take part in what I know will be a very special time in my career.  I can’t wait to begin rehearsals.”

American recording artist, Nicole Scherzinger studied theatre and dance at the Wright State University in Ohio.  In 2003 she joined the Pussycat Dolls who have sold 50 million records worldwide, making them one of the best-selling girl groups of all time.  She has subsequently gone on to enjoy success as a solo artist, selling 16 million records and having number one singles in the UK.   In 2011 she joined the UK version of the X Factor as a judge.  Nicole’s forthcoming album will be released on Sony Music in the autumn.

Tickets for Cats are from £20 with top price seats at £59.50 and children’s tickets at half price for Monday to Thursday performances (see listings information below). During the run at the London Palladium the Val Parnell Bar will be open for children to enjoy the full Cats Experience.  This will include the opportunity to be transformed by professional make-up artists into one of the show’s infamous cats.

On just one special night of the year, all Jellicle cats meet at the Jellicle Ball where Old Deuteronomy, their wise and benevolent leader, makes the Jellicle choice and announces which of them will go up to The Heaviside Layer and be reborn into a whole new Jellicle life.

Cats, one of the longest-running shows in West End and on Broadway, received its world premiere at the New London Theatre in 1981 where it played for 21 record-breaking years and almost 9,000 performances.  The production was the winner of the Olivier and Evening Standard Awards for Best Musical.  In 1983 the Broadway production became the recipient of seven Tony awards including Best Musical, and ran for eighteen years.  Since its world premiere, Cats has been presented in over 30 countries, has been translated into 10 languages and has been seen by over 50 million people world-wide.  Both the original London and Broadway cast recordings won Grammy Awards for Best Cast Album.  The classic Lloyd Webber score includes Memory which has been recorded by over 150 artists from Barbra Streisand and Johnny Mathis to Liberace and Barry Manilow.

Cats was originally produced by Cameron Mackintosh and The Really Useful Group Limited.

Children Go Half-Price (Monday to Thursday performances, top three prices, subject to a maximum of 3 children aged 16 or under with each full paying adult)

All ticket prices include a £1.25 Theatre Restoration Levy