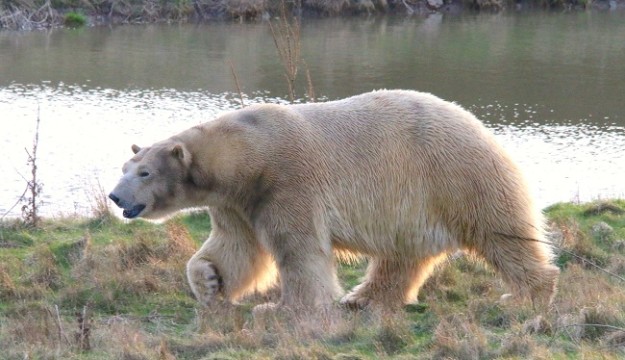 A whole host of new animals met the public for the first time recently as the newly adapted award-winning Yorkshire Wildlife Park reopened.

YWP, which has introduced a wide variety of safety precautions to keep visitors safe, welcomed over thirty new arrivals during lockdown. A baby boom included fifteen joeys, born in Wallaby Walkabout. They are now very visible, either peeking out of their mother’s pouch or making their first wobbly jumps outside before diving back into the pouch. Two larger babies born while the park was closed are camel calves Marvin and Merlin. They were both born at the end of April and are now out in the reserve with their mothers Elizabeth and Darcy and the rest of the herd of Bactrian Camels.

Extra space has been opened up at the top of the park with two new reserves containing new species to Yorkshire Wildlife Park, which re opened to the general public a week ago today after allowing annual pass holders entry in a limited trial. This area has increased the path network to 5km.

A family band of 13 Gelada monkeys has further expanded the collection of primates. These unusual baboon sized primates are only found in the high mountain meadows of Ethiopia. They are the world’s most terrestrial primate (apart from humans) and the last surviving species of ancient grazing primates. Living at high altitude, they are adept rock climbers. The leader is a dominant male called Harry – he is easily spotted with his handsome mane of long hair.

An impressive duo of Spotted Hyena has joined the list of carnivores. Speedy and Granada have arrived at YWP from France and Spain respectively as a young breeding pair, recommended by the European breeding programme.

They are found in Ethiopia and sub Saharan Africa. With a reputation as a scary scavenger, hyenas are effective predators in their own rate and often catch their own prey, hunting in groups. They have super powerful jaws, and can eat everything on a carcase including the bones. Each clan of hyena has a dominant female. The females are larger and heavier than the males. There are 3 species of hyena, of which the spotted hyena is the largest

The park has adapted to re-open in line with Government guidelines. Here are some of the changes on site:

The YWP Management team has worked extensively with their counterparts at zoos in Ireland and Europe which have already experienced opening up after lockdown.CEO John Minion was relieved that the park has finally been able to open.

He said:“ It is great to see visitors back in the park again after so long. We know that the experience is different to what we can normally offer due to some of the Government restrictions but what people really come to see here are our amazing animals – and they are ready and waiting. We have space for our animals, and space for people.

“The main area of the park is 150 acres with 5km of paths so it is a great opportunity to have a walk out in the fresh air and for most people, a very different view from the past 10 weeks.

“We’re so grateful for the support and kind messages that we have had from everyone. It will be difficult to recover this year from the loss of business but being able to open today is the first step on that journey.”

Discover Newmarket goes on the trail of Dick Francis

Summer of staycations could boost tourism spend to the tune of £3.6bn