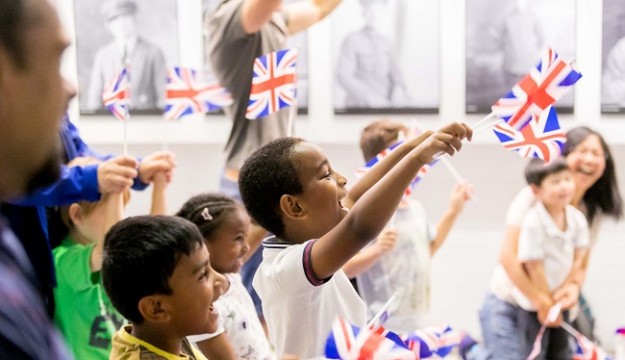 Celebrate and commemorate 100 years since the formation of the Royal Air Force at this special event.

On Sunday 1 April the Royal Air Force will turn 100! The RAF Museum will be sharing and celebrating RAF stories throughout the year, but you can join them to commemorate this very special birthday with theatre, family activities and a special appearance from the RAF Baton Relay team.

The NEW restaurant, Claude’s, will be serving traditional Sunday Fayre so you can enjoy a fantastic day out and a delicious meal with the whole family. There might even be a birthday cake, after all it’s not every day the Royal Air Force turns 100.

On the 1 of April 1918 the Royal Air Force and the Women’s Royal Air Force was formed in the midst of the First World War. Join them to hear the voices of the men and women that are part of the RAF Story. The Front of House Theatre company will be breathing life into these amazing stories set amongst our First World War Exhibition.

Serving RAF personnel will carry the Baton across the country and around the world, visiting 100 locations in 100 days. We are lucky enough to share in the first part of the journey. The team will be running from central London to the RAF Museum in Colindale. Come and cheer them on and show your support and help them commemorate and celebrate a century of the RAF and inspire future generations.