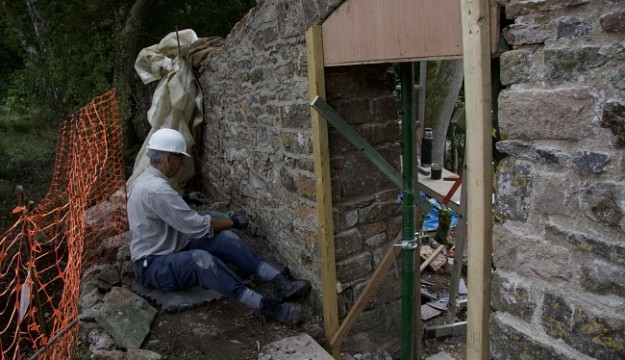 A stone archway in the Victorian parkland boundary wall at Tyntesfield near Bristol has been restored thanks to funding raised through the National Trust’s annual raffle.

The restoration of the archway follows on from the successful repair of a 450 metre stretch of the historic boundary wall in 2017. The continuation of the project to save the mile and half long wall, which is thought to date from the 1880s, was made possible thanks to £2981 raised through the sale of raffle tickets at Tyntesfield. 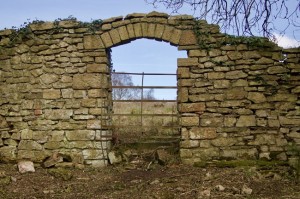 Paula James, Visitor Experience Manager for the National Trust at Tyntesfield, said ‘It’s truly wonderful to see the tangible results the raffle can produce and we’d like to thank all of the visitors who took part and supported this work. As a conservation charity we rely on fundraising to help us look after the historic sites in our care and stop significant structures like the wall crumbling away.’

Work to repair the archway, which was identified as a priority section of the wall by the National Trust team, began in late July. Using the same historic techniques that would have been used to first build the wall in the late nineteenth century, including an authentic lime mortar mix, the team rebuilt the archway over a custom-built frame. Once the lime mortar was dry, the frame could be removed and the wall on the other side of the arch rebuilt.

‘This summer was so hot that we had trouble with the lime mortar drying too quickly,’ said Darren Mait, Lead Ranger for the National Trust at Tyntesfield, ‘we had to cover the wall every night with hessian to keep it cool and plastic sheeting to keep in the moisture so the mortar didn’t dry too quickly.’ 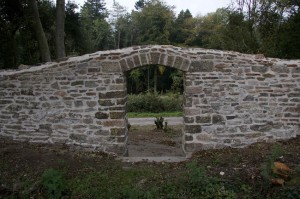 The work was completed by a team of National Trust volunteers and local qualified waller and instructor, Simon Knops, of Bristol based company, Greenspace Walling.

During the work to repair the wall, the team also uncovered historic latches and part of a hinge buried in the ground by the archway.

‘We can assume that there was once a door in the arch – there’s an archway further down the wall that still has its door,’ explains Darren, ‘we think the doors were added after the wall was built because the arches are higher than the walls on either side. It gives us an idea of how the Gibbs family who lived here would have used the estate.’

The National Trust team hope to restore this second archway in 2019. More information on the Tyntesfield estate is available on www.nationaltrust.org.uk/tyntesfield