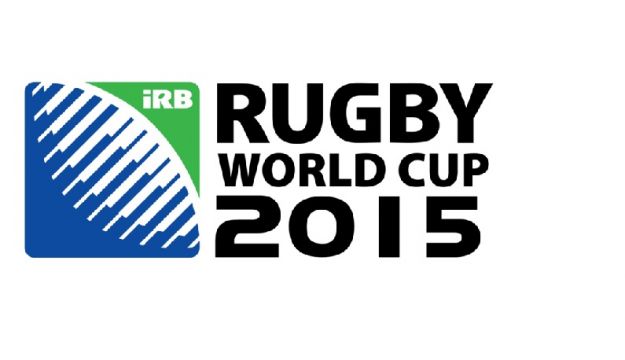 The capital will play host to 17 of the 48 matches across the capital’s three iconic venues, Wembley Stadium, The Stadium, Queen Elizabeth Olympic Park, and Twickenham Stadium, with the opening ceremony and first match of the Tournament, and the final match taking place at the world-famous Twickenham Stadium.

With London staging some of the biggest matches of the Tournament, Rugby fans from all over the world are set to converge on the city, with plenty of opportunities to experience rugby fever across the capital. ‘The Pack’, a 6,000 strong team of volunteers, will be on the ground to help visitors make their way to the stadiums from designated transport hubs and provide helpful information on match days.

Tracy Halliwell MBE, Director of Major Events at London & Partners, the official promotional company for the city, said: “London put on a magnificent show for the 2012 Olympic Games, and will do so again for the third biggest sporting event in the world, Rugby World Cup 2015. If you have yet to get tickets for the Tournament, there are still some great matches on sale via tickets.rugbyworldcup.com or you can enjoy rugby fever at the official Fanzones and the capital’s many hotels, bars, restaurants and attractions that are putting on special packages and offers for the event.”

Visitors will be able to watch the London-based matches at one of the four free Fanzones across the city.

If you want to be part of the cheering crowds, join the celebrations at Wembley Park, Queen Elizabeth Olympic Park, Old Deer Park, Richmond and Trafalgar Square. The Fanzones will be open on match days – some for ticket holders only – and on various days throughout the Tournament. Wembley Park, Queen Elizabeth Olympic Park and Old Deer Park will be screening live Rugby World Cup 2015 matches and hosting entertainment, rugby activities and food and drinks for fans to enjoy. For more information, visit the official Rugby World Cup website.

Find out more about the history of your favourite venues with guided tours of the London stadiums. Twickenham Stadium, Wembley Stadium and the Queen Elizabeth Olympic Park will all be open for tours during the Tournament and offer a unique opportunity to discover the world-famous stadiums as Rugby World Cup venues.

Twickenham Stadium will run a limited programme of stadium tours during the tournament. The tours will last 45-60 minutes and take in the key areas of the stadium, including the dressing room, players’ tunnel and pitch side.  All tours will include a visit to the World Rugby Museum.

Wembley Stadium, the largest stadium in the UK and second largest stadium in Europe, will be hosting tours on selected dates. Discover the stadium like you have never seen it before, by going backstage to delve into 92 years of sporting and musical heritage during a 75 minute guided tour.

Relive the magic of London 2012 and experience the excitement of Rugby World Cup with a tour of the Queen Elizabeth Olympic Park. Discover the Stadium, ArcelorMittal Orbit, London Aquatics Centre and Lee Valley VeloPark on foot or by boat and find out about the future of the stadium, which will fully reopen in 2016.

For those who want to get high above the city, the Coca-Cola London Eye will be dressing up in the colours of Rugby World Cup 2015 for the duration of the Tournament, with the capsules wrapped in the flags of the 20 teams. Enjoy wonderful views, 135 meters above the city and discover pictures sent in by fans from around the world inside these special Rugby capsules.

After all that sightseeing, visitors can unwind at one of the many London hotels and restaurants offering special packages to celebrate Rugby World Cup 2015. Relax in one of the executive rooms at K West Hotel & Spa and get ready to support your team with a complimentary bucket of beers. Keep on celebrating the following day with a delicious cooked breakfast and a VIP Westfield Shopping Pass.

During the Tournament, The Goring in Belgravia is partnering with the Dallaglio Foundation, founded by retired rugby star Lawrence Dallaglio. The hotel is donating 10 per cent from each stay to the charity, which seeks to help disadvantaged children through sport. As well as the donation The Goring is also giving guests staying during Rugby World Cup 2015 a signed copy of Lawrence Dallaglio’s autobiography.

For expert commentary, the Sports Bar & Grill at Sheraton Skyline Hotel will be the place to be. The restaurant will be hosting two former international Rugby players, Jason White on September 19 and Phil Vickery on October 10, and guests will be able to ask their questions as well as enjoy the live matches on those evenings.

Those looking for a dramatic backdrop to game nights can head to Searcys The Gherkin, as the private members club is opening its doors to the public on five Saturdays during the tournament for live screenings. Guests will be treated to a luxurious drinks reception and canapés, followed by a three course meal.

Rugby fans in London will also be in for some extra action at the World Wheelchair Rugby Challenge, which will be taking place at the Queen Elizabeth Olympic Park between October 12-16. The event will see the best eight international teams competing at the Copper Box.

For more information on what to do during the Rugby World Cup 2015, visit www.visitlondon.com/rugby