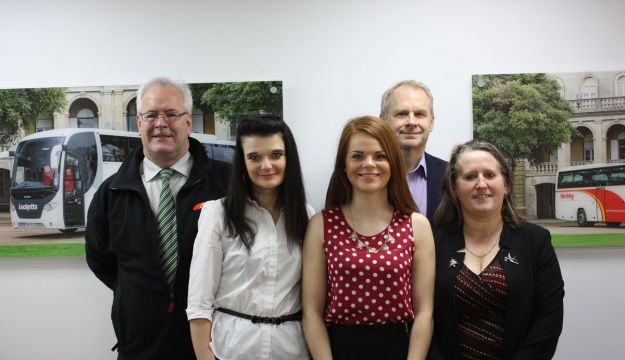 To reflect the firm’s growth and its plans for future expansion it has created a finance director role, which has been filled by Mike Allcock.

Mike has a background in helping family-run firms achieve their potential and, most recently, worked for Liberty Services, a printing firm based in Surrey, until it was sold to Capita, one of the UK’s largest services businesses.

He said: “I first started out working for big corporates but was much more comfortable working for family firms, which Liberty had been before it was sold, so I knew I wanted to remain in that kind of environment.

“Lucketts is still a family-run firm but, with an expected turnover this year of close to £23m and a staff of around 300 it is a significant business and it is an exciting time to join it.”

The firm has also appointed Clive Howard as general manager for its tour and excursion business, responsible for the tour and day trip business across the Lucketts Travel Group. Clive has an extensive background in the travel industry, both in his own company and, previously, holding senior roles within a number of cruise firms.

He said: “Lucketts Travel Group has an ambitious growth plan for the immediate future. I’m excited to be part of the company’s vision and to be able to contribute to that growth.”

Joining the group in the new year will be Brian Langford in the role of business development manager. Brian has an extensive sales background in the travel industry and will join the group to expand its school, cruise-led shore excursions and corporate contracts, particularly in the Southampton area. One of Lucketts Travel Group’s other new employees is starting a family tradition by following in her father’s footsteps to work for the company.

Emma Veness, 19, joins the team as a product assistant, helping to produce the firm’s range of holidays. It was her late father, Ian, who was part of the team that started the tour and excursion business many years ago.

Also joining the team are: Ruth Grossett, again in a newly created role as a manager responsible for learning and development; Katy Watson, who joins Lucketts Travel Group as a sales consultant and Chloe Smith, who has joined as a business administration apprentice.

Joint managing director Ian Luckett said: “As Lucketts Travel Group looks to the future and continues to expand the business, it is right that we invest in our management team, with the addition of a general manager and a finance director, and in our staff, with the creation of a role responsible for learning and development. “Having the right people in the business is key as we move forward, especially as we want to retain the family ethos we have at the heart of the company as we expand and grow in the years to come.

“I would like to welcome Mike, Clive, Brian, Ruth, Katy, Chloe and Emma to the business.”