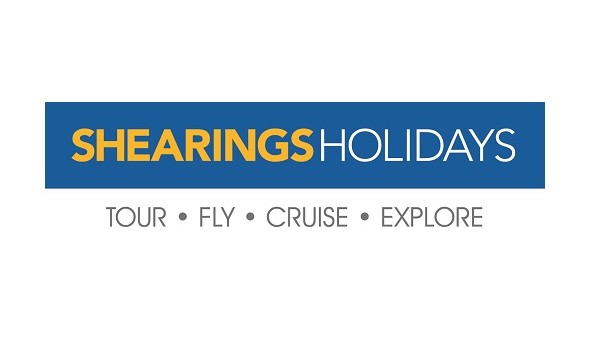 Shearings Holidays has launched its 2015/16 Autumn Winter programme, which is showcased in a 120 page brochure that landed with agents on 29th June

It promotes Shearings new autumn and winter breaks, and offers details on its popular Christmas and New Year holiday range.

The new programme also provides customers with more regional departures, and an even larger choice of memorable excursions. 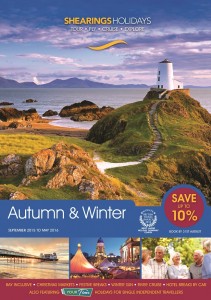 There’s also an array of 4 & 5 day UK autumn breaks, as well as 3 day taster breaks from all regions to a host of destinations throughout the British Isles and Ireland.

Shearings has also added new ‘European Christmas Markets’ itineraries, to Switzerland, Paris, Germany and Prague, plus a selection of new ‘Christmas and New Year’ breaks to destinations such as Ostend, Venice and Lake Como. The tour operator’s unique ‘Carnivals & Festivals’ holiday range has also been expanded to include Basel and Nice Carnivals.

New Grand Tourer itineraries also feature this year, with fantastic additions such as ‘Alpine Bavaria & Austria’ priced from £499, ‘Lake Garda & Verona’s Christmas Markets’ priced from £489, and festive breaks to the ‘Baltic and Scandic Coast’ priced from £719.

Other additions to the programme include an expanded selection of Shearings award-winningUK & European ‘Your Time’ tours. Agents can offer independent and single travellers new holidays including ‘Austria & Glacier Express’ and ‘Paris & Royal Palaces’.

Shearings has also updated its exciting range of ‘Festival & Events’ breaks, with the addition of a new selection of Andre Rieu tours, offering music enthusiasts the chance to see the maestro and his magnificent Johann Strauss Orchestra live in concert, priced from £219.

Caroline Brown, commercial director at Shearings, said: “Autumn and winter holidays are very popular with the older holiday markets, with a large percentage of our customers choosing to escape at this time of the year. It was important for us to build on existing customer loyalty and attract repeat business by creating an improved Autumn Winter escorted tour and excursion programme, giving customers more ‘reasons to go’ with us.

“This year’s programme includes a variety of itineraries to suit all tastes and budgets and an updated collection of our special Christmas and New Year breaks”.

Incentives for agents include a ‘Super Shearings Coach Giveaway’, offering them the chance to win a free coach for the day by simply completing a word search that could be found in Autumn Winter brochure packs. Early bird customers can save up to 10% off when booking before 31st August 2015.  In addition, the tour operator is also providing great deals for group bookings, with up to four free places for groups of more than 40 people.