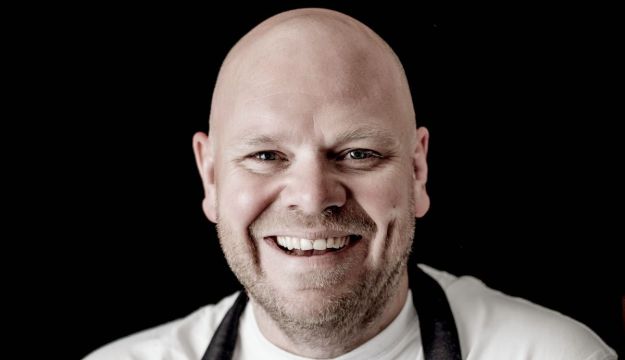 Chef patron at the extraordinary two Michelin-starred Hand & Flowers pub in Marlow, Tom is a great character with amazing presence, obvious warmth and an infectious laugh. The BBC2 series Proper Pub Food became a huge overnight success with excellent ratings and as a result Tom’s fan base has been growing weekly with the accompanying book of the same title became a best seller.

Prior to having his own TV show, Tom appeared on shows such as Market Kitchen, MasterChef the Professionals, Saturday Kitchen and has competed and won the main course twice on BBC2’s Great British Menu. No-one else has ever won twice!

Shropshire Horticultural Society Chairwoman Donna Hamer said ‘Having Tom Kerridge at the 2014 Flower Show continues our aim of bringing top chefs to Shrewsbury, he is a great character and no doubt his enthusiasm for good food and his great personality will be a huge success in the Foodhall.

The origins of the Shrewsbury Flower Show and its organisers, The Shropshire Horticultural Society, can be traced back over 180 years. Every August The Shrewsbury Flower Show takes place in the picturesque setting of Shrewsbury’s 29-acre Quarry Park, with The Dingle, a magnificent sunken garden, providing a magical centrepiece. The Shrewsbury Flower Show welcomes thousands of visitors every year and provides an array of entertainment for all ages including stunning flower arrangements, equestrian competitions and musical arena displays, food and crafts, trade stands and a world class firework display both evenings.

The Shropshire Horticultural Society has welcomed many committee members over the years and today is made up of 40 individuals who give their time freely in order to put on this annual event. Supported by just 4 office staff and an abundance of volunteers, all who work tirelessly to ensure that visitors, many of whom have grown up with the show, return year on year and to continue to attract new visitors.

Through the success of the show, the Society continues to support the local community, having made its first donation in 1878 for improvement to the Quarry Park. It has subsequently made hundreds of donations to organisations throughout Shropshire including St John’s Ambulance, the Quarry Restoration Project, Princess Royal Hospital Telford and Royal Shrewsbury Hospital, Oswestry Orthopaedic Hospital, Dial a Ride, Shropshire Wildlife Trust, St Chad’s Church Restoration Fund and St Alkmunds Church.