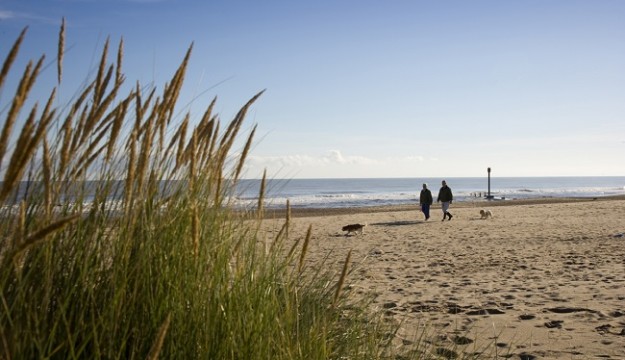 Lincolnshire is well-known for its big skies and rich agricultural heritage, with farming at the heart of a county that produces more potatoes that anywhere else in the UK.

Historians will also tell you that Lincolnshire is known as Bomber County because of its large number of RAF bases that played a fundamental role in the defeat of Hitler’s Nazi Germany. Aviation important in Lincolnshire. Head north of Lincoln and you will find RAF Scampton, from which the legendary Dam Busters from 617 Squadron flew in 1943. Today it is home to the equally famous Red Arrows. Further south you can enjoy RAF Coningsby and its state-of-the art Typhoon fighter jets that protect the UK’s airspace. These are just a couple of the county’s airbases still in use today. Lincolnshire is full of fascinating market towns, from the Humber to north to the Fens of the south, with the scenic Wolds in between. Groups should also head to the county capital of Lincoln, and plan in a visit to the splendid cathedral that sits proudly overlooking the city. There are also miles of stunning coastline, offering sandy beaches, abundant wildlife and some great towns to visit including Mablethorpe, Chapel St Leonards, Ingoldmells, Sutton on Sea and of course the ever-popular seaside resort of Skegness, known by the locals as ‘Skeggy’. I went along to find out more about the town and the surrounding attractions, and spent the day with Harriet Lawton from Lincs Coastal Bid, which gave me a great opportunity to meet some of the top attractions and businesses that the area has to offer for coach groups.

North Parade in Skegness is home to Natureland, a popular attraction that sits on the seafront and has become a household name in the town. Natureland has been at the forefront of Skegness’s visitor attractions since first opening in 1965 and plays a huge role on the east coast as a sanctuary for treating injured or sick seals — many of them pups that have been washed up on the shore along the east coast — and returning them to the wild. Visitors to the attraction get the chance to see first-hand the amazing work the team at Natureland do, with a dedicated team of around 35 staff in the summer months, and 15 all year round who care for the seals and look after the attraction. 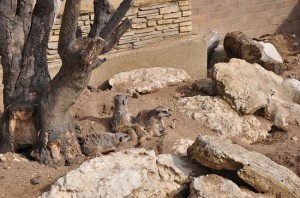 Natureland gives you the chance to see these beautiful wild creatures close up, and with live feeding sessions, but this isn’t just about seals. The attraction also has a great collection of other animals to see including penguins, meerkats, alpacas and tropical butterflies — all this and so much more; this really is a wildlife haven for all ages.

Visiting: Groups should be pre-booked and coaches can drop off outside the entrance.

Located on Skegness seafront and a relatively new addition to the resort’s abundant list of attractions and things to see and do is Skegness Aquarium, which first opened to the public in 2017. It is hugely popular with locals and tourists alike and last year attracted thousands of visitors, throughout the year. Step inside and experience some huge tanks full of fascinating marine life, including sharks, octopus, and stingrays. 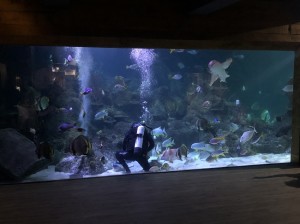 The Aquarium is themed throughout, based on the story of Treasure Island, and offers visitors of all ages a great visitor experience and the chance to see first-hand many of the oceans’ well-known and little-known species. A visit to the Aquarium isn’t complete without a trip to the Sunken Hold Aqua Theatre, which gives you the chance to watch live feeding and diver presentations as the centre’s highly-skilled divers feed sharks and rays in front of your eyes. Later, relax and unwind in the Aquarium’s bistro, which has ample seating and serves a number of tasty snacks and drinks perfect for refuelling before you continue your visit around Skegness.

Batemans is well-known in Lincolnshire, with the brewery’s selection of popular real ales available at pubs throughout the county, several of which Batemans own themselves. 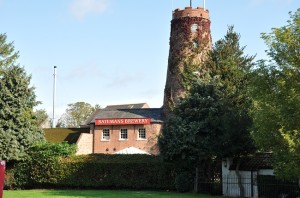 Batemans was established in 1874. Today, an estimated 2.3 million pints of this famous local brew are sold each year. Despite being a local I have to admit this was my first-ever visit to Batemans, and I was really impressed with what was on offer at this busy site, with the brewery’s visitor centre, giving you the chance to learn more about what makes Batemans such a household name in Bomber County. Situated just outside Skegness at Wainfleet, it is well set up for visiting coach groups. Take the brewery tour and see how the beers are made, as you make your way around with a knowledgeable tour guide. The tour is one of the best in the country, with groups getting the chance to taste the beers at various stages, and you may even get the chance to take part in the brewing process yourself. The visitor centre is home to a number of events all year round, and is a great place to enjoy something to eat and drink, and see the largest collection of bottled beers in the country.

Group Rates: £7.95 per person for groups

STAY AT THE SAVOY

The Savoy Hotel offers groups a great central location to stay and enjoy everything that Skegness has to offer. This traditional seaside hotel has been serving visitors to Skegness for many years. 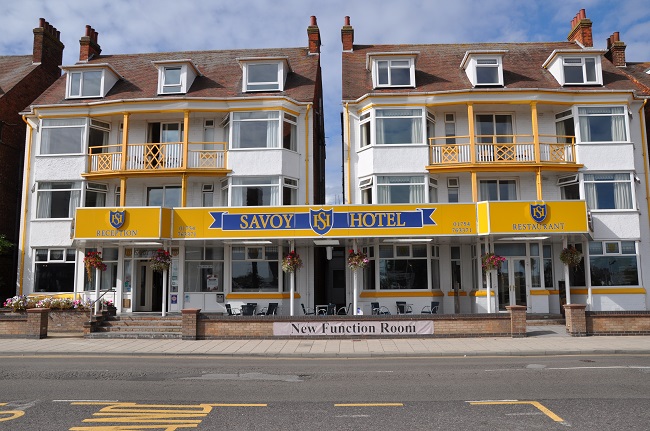 The hotel has been run by the Underwood family since 1986, and this shows in the great experience they can offer to visiting coach groups, including the best possible service. The Savoy offers 46 traditional rooms, all with the facilities the modern traveller would expect. The hotel has good access throughout, with a lift to the 1st and 2nd floors, but not to the 3rd. Dining is available in the hotel’s restaurant, where local Lincolnshire produce is used as much as possible on a wide ranging menu that’s sure to suit all taste buds. Relax and unwind in the hotel’s bar, and during the busy holiday season enjoy some fantastic live entertainment. The Savoy’s owner, Nigel Underwood, told me: “As one of the largest hotels in Skegness, we have a professional team of staff, a lot of whom have worked here for 15 years or more. We are one big family and welcome each and every guest into our hotel as if we were welcoming them into our own home”.

Coaches visiting Skegness can park on Richmond Drive Car Park, for just £5 all day. For general information and assistance in visiting the area groups can contact Harriet Lawton from Lincs Coastal Bid on 01754 611845

Stunning butterflies bred specially for the re-opening of Stratford...