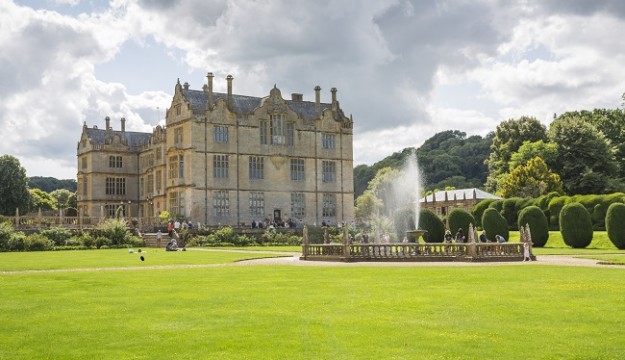 Ten of the very best farm food producers in the South West walked away with 22 of the top awards at the National Trust’s annual Fine Farm Produce Awards, presented at BBC Countryfile Live at Blenheim Palace.

Now in their thirteenthyear [1], the awards celebrate the finest produce from the Trust’s 1,500 tenant farmers and estates, who between them look after more than 500,000 acres of farmland in England, Wales and Northern Ireland. As well as being judged for taste, products are assessed against a range of environmental standards to guarantee their quality and origin.

For the second year running, the winner of the Overall Drinks Award for its medium sparkling cider was the 6,500-acre Killerton Estate near Exeter, one of the largest estates looked after by the National Trust.

Killerton’s 50 acres of orchards are home to 58 traditional apple varieties, most of which originate in the West Country. Varieties include ‘Star of Devon’ and ‘Payhembury’, as well the oddly named ‘Slack-ma-girdle’ and ‘Hangy Down’ varieties. With no chemicals used, these orchards are managed naturally and are a real haven for wildlife. As some of the trees are over a century old, the Killerton team are passionate about looking after them for their historic and botanical interest, as well as for their yield.

“Killerton cider is really important to the estate,” said Fi Hailstone, Killerton Produce Ranger. “It’s created by passionate local groups, staff and volunteers who all help us to collect apples from our orchards by hand, before they’re crushed on site using a 200-year-old cider press.

“The traditional orchards are vital for biodiversity, so any profits from sales go straight back into conservation at Killerton, and have recently helped us to recreate a lost orchard with new hedges and trees.”

“Our Fine Farm Produce Awards have attracted a great range of winning products this year,” said Rob Macklin, the National Trust’s Head of Food and Farming, “The quality of entries has been as high as ever and it has been a pleasure for the judges to see that the highest standards of farming can deliver excellent produce and work hand in hand with nature.”

The winners in the South West, including for the first time Handmade Exmoor in Somerset for their heritage wool, are:

In total 27 producers across the country were recognised for 64 fantastic food, drink and countryside products, ranging from heritage wool, sparkling cider and free-range eggs to hogget and venison. The produce was judged by a panel of nine food and drink experts, including Clive Goudercourt, the National Trust’s development chef.

For more information about the awards and or find out more about this year’s award winning products and producers, visit www.nationaltrust.org.uk/finefarmproduceawards