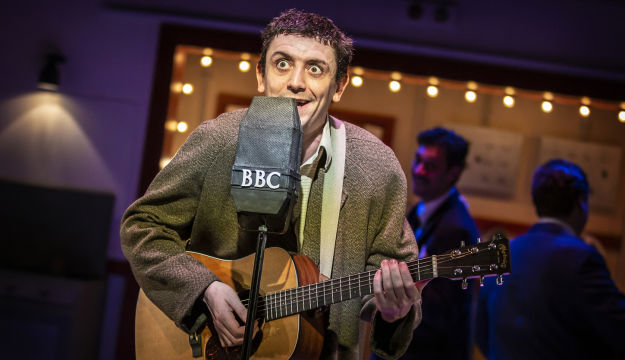 SPIKE, the comedy by Ian Hislop and Nick Newman that had its world premiere at The Watermill in January will be directed by Watermill Artistic Director Paul Hart, with design by Katie Lias, lighting design by Rory Beaton. The Composer is Tayo Akinbode with sound design by Tom Marshall. Anjali Mehra is Movement Director and Ruth Sullivan is the Foley Sound Consultant.

Full casting will be announced shortly.

It’s 1950s austerity Britain, and out of the gloom comes Goon mania as men, women and children across the country scramble to get their ear to a wireless for another instalment of The Goon Show. While Harry Secombe and Peter Sellers get down to the serious business of becoming overnight celebrities, fellow Goon and chief writer Spike finds himself pushing the boundaries of comedy, and testing the patience of the BBC.

Flanked by his fellow Goons and bolstered by the efforts of irrepressible sound assistant Janet, Spike takes a flourishing nosedive off the cliffs of respectability, and mashes up his haunted past to create the comedy of the future. His war with Hitler may be over, but his war with Auntie Beeb – and ultimately himself – has just begun.

Will Spike’s dogged obsession with finding the funny elevate The Goons to soaring new heights, or will the whole thing come crashing down with the stroke of a potato peeler?

Ian Hislop and Nick Newman said, “It’s a privilege to take ‘Spike’ on tour, exploring the genius of Britain’s most inspirational and ground-breaking comedian. And of course, it’s another chance to steal all his jokes and pass them off as our own. Spike Milligan may be Goon, but he’s not forgotten.”

John Dagleish said, “I’m so thrilled to be playing Spike Milligan again and take this fantastically funny play around the country in what will be my first ever touring production. Such a brilliant script, with a wonderfully talented cast, celebrating the life and work of one of the all-time comedy greats.”