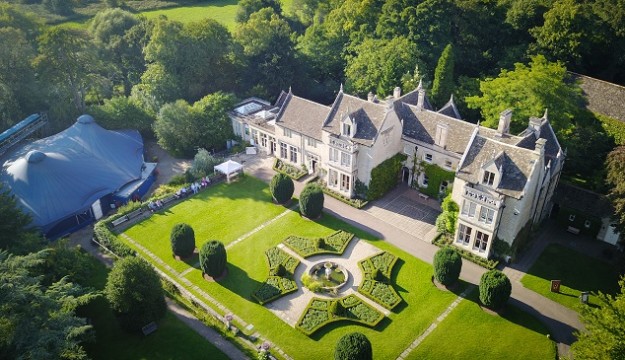 Throughout summer (9 June – 29 August) the Stamford Shakespeare Company presents an annual season of plays. Described by The Sunday Times as “One of the finest things to do this summer” and The Stage as “One of England’s premier alfresco theatre venues” it really is an experience not to be missed. This summer the Company are proud to present four fantastic plays:

It’s the summer of 2020 and a group of unsuspecting tourists gather at a rather special place in Verona. Suddenly, time shifts to the Early Renaissance and, before us, unfolds the greatest love story ever told. Shakespeare’s immortal tale of star-crossed lovers, whose forbidden love is cut tragically short by the uncompromising hostility of their two families, endures through history. It is charged with passion, bloody revenge, bawdy comedy, thrilling swordplay and, of course, some of the most beautiful language ever written. 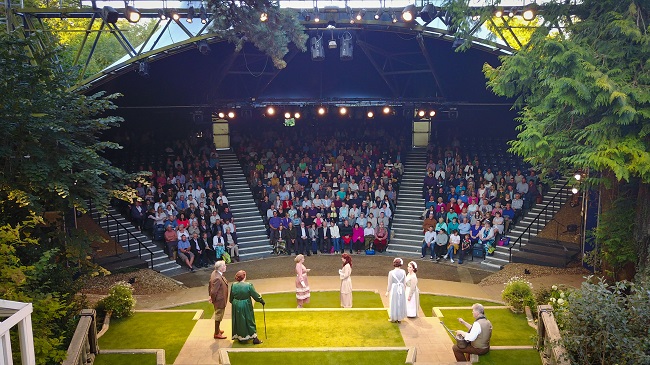 Shakespeare’s most stylish comedy is set in Navarre in the 17th Century when learning and the ‘new science’ were all the rage. Four noblemen swear an oath to study for three years and to give up wine, women and song, but when a beautiful Princess and her retinue of vivacious ladies arrives, the consequences are hilarious. The intrigues of the courtly lovers are intermingled with the wit and comedy of several eccentric characters including a snobbish courtier, a pompous schoolmaster, a timid curate, a dim-witted constable and two sex-crazed villagers – not forgetting a fantastical Spaniard and his irreverent page.

The Importance of Being Earnest

Widely considered one of the funniest plays in the English language, Oscar Wilde’s much loved masterpiece, set in the late Victorian era, contains some of theatre’s most celebrated characters along with sparkling dialogue rich in witticisms. To marry Algernon’s cousin Gwendolen, Jack must first court favour with her mother, the formidable Lady Bracknell. His respectability, his past and that of his parents must prove above reproach. For Jack, however, this presents a problem, having started life abandoned in the lost property at Victoria station. Equally problematic is the fact that Gwendolen wishes to marry Ernest, who doesn’t actually exist. Hilarious consequences arise when both Algernon and Jack adopt the pseudonym of Ernest to pursue their romantic endeavours.

The Lord of the Flies

We are very excited to include the first production from Tolethorpe Youth Drama’s new ‘Theatre Makers’ programme – an exhilarating version of William Golding’s modern classic, Lord of the Flies. It is the powerful story of a group of school children’s abandonment on a desert island, which gradually descends into a savage fight for survival.

The theatre is situated in the grounds of historic Tolethorpe Hall, just two miles from Stamford, where last summer over 32,000 people experienced the magic of a visit to this unique venue. Enjoy a picnic in the glorious grounds, then take your seat, protected from summer showers, and see a stage like no other.