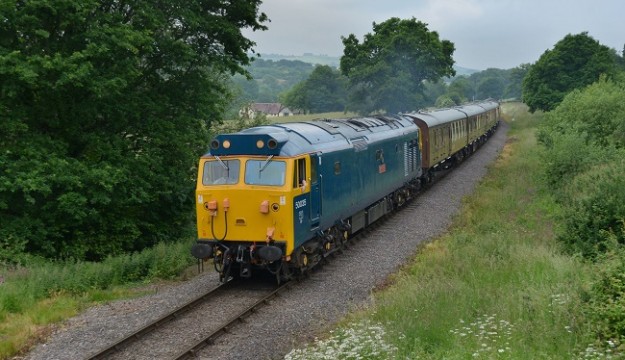 Stand by your beds!

Over the four days of 7 to 10 June the Quantock hills reverberated to the sound of the West Somerset Railway’s annual Diesel Gala event.

Stars of the show this year were three visiting locomotives with a military theme. Mighty Deltic ‘Royal Highland Fusilier’ represented the main line to Scotland, Class 50 ‘Ark Royal’ used to run between Waterloo and Exeter in the 1980’s and 90’s and Class 45 ‘Royal Tank Regiment’ brought holiday makers to the south-west from the north-east. 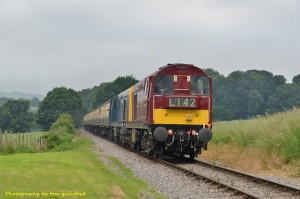 ‘Over the four days we welcomed over 2,000 visitors, many of whom stayed in West Somerset for the Weekend. Receipts are significantly up on previous years, so it has been a financial success for the Railway and more than justified the expense of bringing in these visitors.’ Gus Dunster of the FiftyFund, owners of the Class 50, who brought ‘Ark Royal’ said:

‘We received a very warm welcome from the West Somerset Railway and would look forward to a return visit.’

The West Somerset Railway’s next big Gala is the Autumn Steam Gala on 27 to 30 September but steam and diesel trains now run every day until then and most days in October.

For more information on the Railway please visit www.west-somerset-railway.co.uk