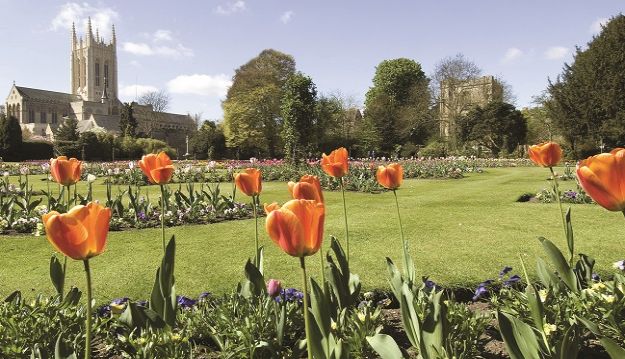 Suffolk has an extraordinary amount to offer visitors and a wide range of experiences to enjoy. It’s the first place in the country to see the sun as it rises over fifty miles of gorgeous coastline and highlights the unspoilt countryside that inspired Britten, Constable and Gainsborough.

With some of the most picturesque villages in Britain, many practically unchanged since Tudor times, the county is home to numerous lush river valleys that extend from its western extremity to the sea. Within these borders you’ll find rich heritage, a thriving cultural and arts scene, countless gems both hidden and famous, excellent accommodation and food and drink providers so skilful that their offering is practically an art form in its own right. Suffolk is a unique county and one that is full of charm. It is a place that often feels wild and remote, yet has swift transport links to and from London making it perfect for short breaks as well as longer holidays for visitors of all ages.

Newmarket, the historic home of horse-racing, is set to become Suffolk’s star attraction in 2016, with the completion of the new National Heritage Centre for Horseracing and British Sporting Art, due in the later part of the year. This £15 million project will be a world class centre for equestrian sport, culture and research. In addition to the museum’s permanent collection, the National Sporting Art Collection will have a programme of temporary exhibitions, and the complex includes stabling for a number of thoroughbred horses on site as part of a Retraining of Racehorses programme. The town is well on course to becoming a compelling national and international destination tourist venue with its unique combination of Royal connections, sporting heritage and luxury hospitality. 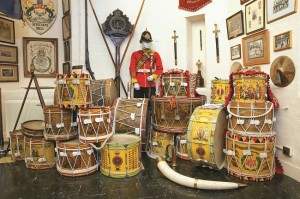 To the south of the county, the ‘Wool Towns’ never go out of fashion with their picture-perfect half-timbered cottages dating back to mediaeval times, thatched roofs and extraordinarily grand churches. Encompassing Lavenham, Clare, Long Melford, Sudbury, Kersey and Hadleigh, the Wool Towns grew rich (and then fell into decline) on the profits of the British wool trade. Visit the Guildhall of Corpus Christi, once the epicentre of Lavenham’s wool trade, to learn more about this fascinating period in Suffolk’s history. The town today is as famous as it was then, but these days for different reasons, namely it’s hospitality offering as it is home to award-winning restaurant The Great House as well as the beautiful Swan Hotel where visitors can indulge in afternoon tea or enjoy a wellbeing treatment from the new Weaver’s Spa.

Bury St Edmunds in the heart of Suffolk is the county’s cultural and historical gem. Among the chic independent shops, historic cathedral and fantastic restaurants you’ll find Britain’s smallest pub, a famous brewery and a fascinating archaeological site. Once home to one of the most powerful monasteries in medieval Europe, Bury St Edmunds has some extraordinary architecture, including St Edmundsbury Cathedral, the flower-filled Abbey Gardens and a great selection of independent retailers. It’s also home to Greene King, one of the UK’s most prolific brewers and the makers of Abbot Ale, sold of course at The Nutshell, which at just 15ft by 7ft is officially the smallest pub in Britain. Bury St Edmunds also boasts Britain’s only surviving Regency theatre, The Theatre Royal.

Being a largely rural county, Suffolk has some amazing gardens to explore. 2016 will mark the 300th anniversary of Lancelot ‘Capability’ Brown’s birth, and Suffolk has some remarkable examples of his work to explore. Brown worked at Euston Hall between 1767 and the 1780s where he created fashionable landscapes containing weirs, pools and rivers. The current house and grounds comprise approximately 110 acres of parkland and 65 acres of pleasure grounds. The landscaping is currently undergoing major restoration work due for completion in time for the tercentennial celebrations later in 2016. He also designed over 1,800 acres of parkland at Ickworth, where the house’s striking neoclassical facade dominates the Suffolk countryside outside Bury St Edmunds. Both house and grounds were created as an homage to Italy, the country so beloved by Frederick Augustus Hervey, the 4th Earl of Bristol. The Earl-Bishop spent his life travelling the continent, gathering together a vast collection of paintings, sculpture and artefacts, whilst Capability Brown was entrusted with creating a suitably aesthetic setting.

Of course, no trip to Suffolk would be complete without a visit to it’s beautiful coastline. The combination of old-time seaside charm with an Area of Outstanding Natural Beauty, huge open skies, locally-produced food and a wealth of culture, is really one that shouldn’t be missed. Enjoy a perfect beachside supper of award-winning fish and chips, alongside iconic artworks at Aldeburgh. Or head to Southwold for a tour of the Adnams brewery and a walk along the beachfront to the Pier. In 2016 the Suffolk Coast is the newest destination in the country (and one of only four so far) to offer an official ‘Greeting’ service, whereby local residents volunteer to meet visitors to the area and take them for a free insider’s walking tour (see www.SuffolkCoastGreeters.org.uk for more info). Other ways to explore Suffolk’s waterways include river trips on the Orwell and Waveney, including the sedate Sailing Barge Victor, which departs from Ipswich docks and offers afternoon tea, or even a full Sunday roast while on board.

With so much variety on offer, and in a county that’s renowned as one of the sunniest and driest places in the country, Suffolk should be on everyone’s To Do list for 2016. More information at www.visitsuffolk.com