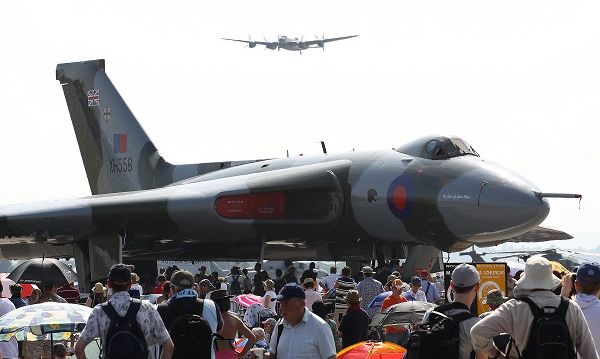 XH558 is a globally unique survivor and has brought Air Day to a standstill on each of its previous appearances at RNAS Yeovilton. As before, the sensational Vulcan will perform a spectacular, roaring air display and will also be present on the ground.  This will allow visitors to enjoy a close-up guided ‘under-wing’ tour – an attraction offered by few other airshows. With 2015 marking XH558’s last planned display season, this really could be one of the last chance opportunities to see this famed and hugely popular type in South West England. 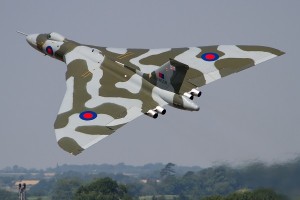 The Vulcan’s RAF career peaked during the 1982 Falkland’s Conflict when the type’s famous Black Buck missions became the longest bombing raids in history.  Many squadrons from RNAS Yeovilton also played a hugely significant role as part of the Royal Navy task force sent to regain the Falkland Islands.

RNAS Yeovilton Air Day 2015’s main theme marks 75 years since the Air Station was commissioned as HMS Heron on 18 June 1940.  A large gathering of aircraft types with past RNAS Yeovilton connections is planned to mark this anniversary.

Advance tickets priced at £20 (adults) and £6 (children 5-15 yrs) are now available to order from www.royalnavy.mod.uk/yeovilton-airday