The West Midlands…Great for Kids 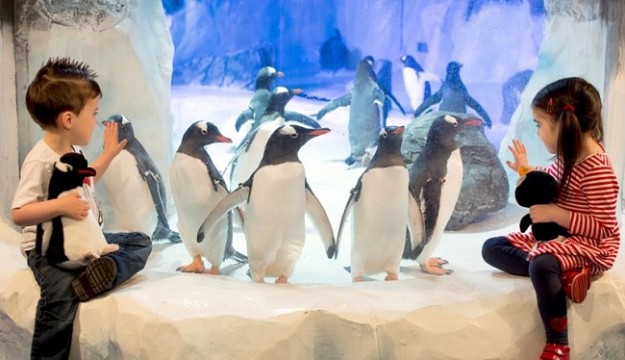 Rough Guides, the acclaimed travel guide has named West Midlands in the world top 30 places to visit with kids, ahead of Florida, Toronto and Tokyo

The West Midlands has been named in the world’s top 3 best places to visit with kids, in a new list compiled by travel guidebook series Rough Guides.

The region is placed 3rd in the top 30, ahead of worldwide tourist destinations including Florida, Toronto and Tokyo. Kerala in India (1st) and Maribor in Slovenia (2nd) complete the top 3. Edinburgh (6th), the Isle of Wight (15th) and Wales (25th) were the only other UK destinations in the list.

Rough Guides selected the West Midlands as a top destination for children, highlighting “tons of great activities”, including the Black Country Living Museum – where you will “taste the best chips you’ll ever have” – and the “excellent Sea Life Centre” in Birmingham. In figures also released this week by VisitEngland, the West Midlands saw a 22% increase in overnight trips and a 26% rise in spend in 2015 – the biggest year-on-year increases of all English regions.

“The West Midlands is bursting at the seams with vibrant cultural attractions, globally-recognised cuisine and innovative independent festivals – all proving a hit with local and visiting families. “This latest recognition from Rough Guides follows a record 2015 for the region’s visitor economy, with Birmingham alone welcoming an all-time high of more than 38 million tourists last year.

“With an exciting 2016 calendar including Shakespeare’s 400th anniversary, there’s so much here to inspire and enthral children from across the globe.”

“It’s fantastic that the West Midlands has been voted number three and even better to know that we’ve played a role in contributing to this.

“We’re celebrating our 20th anniversary this year and it’s brilliant to see children who visited back in 1996 bringing their own children now. We continually strive to offer something new and exciting for our visitors and have big plans for our anniversary this summer so it’s great to have recognition for this. We are very proud to offer such a great and memorable day out for families and look forward to welcoming many more visitors over the next 20 years.”

This summer, the West Midlands plays host to a number of family-friendly days out, including The Sports Show at the NEC Birmingham(25-26 June), created to inspire kids and families to try new sports alongside some of Britain’s sporting heroes; On the Edge (2-9 July), a week of theatre for children and young people; and Family Night at the Black Country Living Museum (13 August), celebrating Roald Dahl’s 100th birthday.

“We are very pleased to see Black Country Living Museum and the Midlands featured as one of the best places to take your kids in the world! We’ve identified families as a key audience for us to engage with and immerse into the history of the region, so it’s great to hear we’re getting it right by being featured in this list.”

“We chose the West Midlands for its sheer variety in child-friendly fun. It’s a region that’s easy to travel around, there are plenty of excellent accommodation options, and the important part the area played in the Industrial Revolution makes visiting an essential educational experience in the UK.”

For the full Top 30 Places to Go With Kids list by Rough Guides, log on to http://www.roughguides.com/special-features/the-30-best-places-to-go-with-kids/