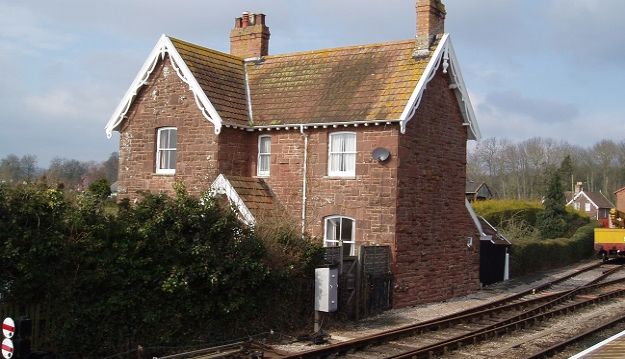 The West Somerset Railway PLC is pleased to announce that it has purchased the freehold of the previous Station Master’s House adjacent to its station at Bishops Lydeard and now known as Station House.

The property itself is a fine period property built of local stone and integrates well into the surrounding station buildings.

The opportunity to purchase the property became available earlier in the current year and given its location the railway felt that such an opportunity should not be passed over.  The purchase has been fully funded by a long term loan from its bankers and will, for the immediate future, continue to be let on a short tenancy basis. The purchase includes certain fixtures and fittings and the novation of the current tenancy agreement with tenants already in occupation.

The property is surrounded by land and buildings already owned by the Railway and it will be integrated into the existing site in the coming months.  The future plans for further integration and development for the long term are currently being reviewed. Paul Conibeare General Manager says:

“As General Manager I am delighted at long last to be able to realise one of our long term aspiration to put back into railway ownership what was originally the station masters house at Bishops Lydeard. Nothing will change in the short term, when we look at future investment into Bishops Lydeard, as one of the major terminus of the railway; this will be an important part of the jigsaw.”

Find out how you can help by visiting the West Somerset Railways website:-