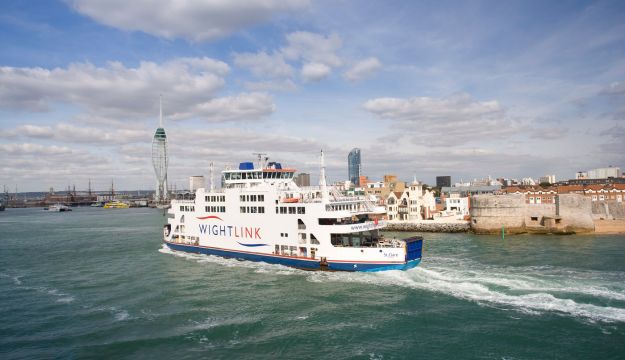 As the Isle of Wight Festival nears, Wightlink Ferries is once again putting itself at the heart of the Island’s festival heritage with its award winning #wightlive campaign

To highlight a summer of celebration, great music and festival fun, music fans are being invited to put themselves “centre stage” in exchange for the chance to win a pair of VIP Isle of Wight Festival and Bestival tickets for 2016, including ferry travel with Wightlink.

Festival goers will be encouraged to take photos of themselves and friends enjoying the Isle of Wight Festival and/or Bestival and share the photos on Twitter, Instagram and on Wightlink’s Facebook page. By tagging their pictures #wightlive, posters will automatically enter the VIP competition and be added to the wightlive.co.uk gallery where viewers can vote for their favorite images. The overall winner will be chosen from the Top 10 highest voted photos.

The 2014 campaign, run in collaboration with Visit Isle of Wight, resulted in over 2000 competition entries and a 155% increase in Wightlink’s social followers for during the campaign. The winner, Hannah Wilcox who took a picture during the Biffy Clyro set at the Isle of Wight Festival, is returning in 2015 with her Access all Festivals Pass. She has recently blogged her top festival tips on the Wightlife blog.

The success of #wightlive 2014 led to Wightlink and its PR agency Flagship Consulting winning a bronze at the prestigious Travel Marketing Awards and resulted in Wightlink being named the top transport provider in the UK for the campaign at the Social Travel Britain Awards 2015.

David Thornton, Chief Executive of Visit Isle of Wight, commented: “The Isle of Wight boasts a superb range of over 50 festivals including the Festival of the Sea in June and Isle of Fright in October, as well as star-studded events such as the Isle of Wight Festival and Bestival. #wightlive is the perfect way to share photos of “Festival Island”and we hope many visitors as possible are inspired to return and experience it for themselves.”

Adding her support to the #wightlive campaign, Bestival Co-Promoter Ziggy Gilsenan said:“The Island has a huge festival heritage and the Bestival crew is proud to call it home. We’re chuffed to be part of #wightlive and helping festival lovers show the world what makes the Isle of Wight one of the best places to visit and live.” Isle of Wight Festival Promoter John Giddings added: “It’s an incredible honour to provide entertainment for so many people at the festival and #wightlive helps spread the Isle of Wight Festival experience around the world, so we’re delighted to support it.”

Mark Persad, Head of Marketing at Wightlink, said: “By sharing their best Isle of Wight experiences, competition entrants are not only in with a chance of winning an exclusive experience at two of the best festivals in the country, they are helping to raise awareness of the Island’s world class reputation for events via social media. As well as showcasing the Island to international audiences, the competition also supports Visit Isle of Wight in their work with the ultimate aim of boosting the Isle of Wight’s tourism industry.”