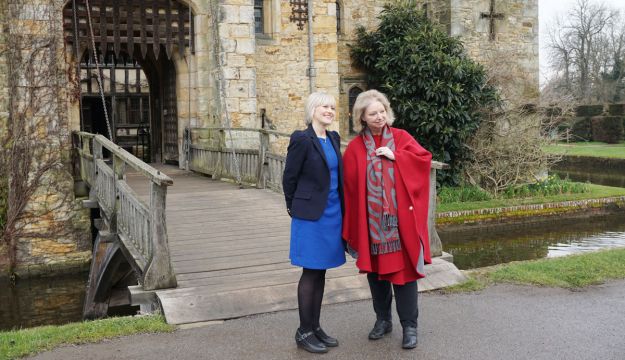 Hilary met with Hever Castle Curator, Anna Spender, and chatted about Anne Boleyn’s relationship with Henry VIII and her time at the castle.

The pair discussed Anne’s love/hate relationship with Hever, being banished to the castle in her early twenties after her affair with Henry Percy. Later Anne sought refuge at Hever from the gossip surrounding her relationship with Henry VIII at court, and it provided a sanctuary to recover from the sweating sickness in 1528. Hilary and Anna also enjoyed discussing the personalities of the various Tudor characters depicted in the author’s books Wolf Hall and Bring Up The Bodies. 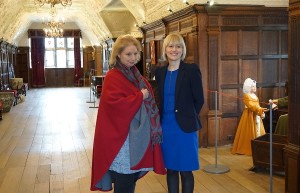 After meeting with the acclaimed author, Anna said, “it was a pleasure to meet Hilary Mantel and spend some time discussing all things Tudor. It was an absolute delight to chat about the characters that have such large personalities in her books, and to share my passion for Hever Castle.”

Once edited, this footage will be shown on YouTube and the Wolf Hall on Broadway website, www.wolfhallbroadway.com prior to the play hitting the US stage on 20th March 2015. The BBC2 adaptation of Wolf Hall is currently showing at 9pm on Wednesday evenings.Find out more about the history of Hever Castle and prices and information by calling:-