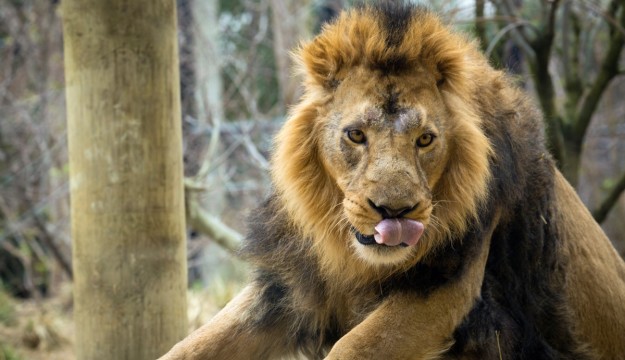 Beyond the closed gates of ZSL London Zoo, life goes on for its dedicated team of zookeepers - as the charity behind the zoo launches a new fundraiser to support the care of its 18,000 animals.

Behind the scenes pictures shared by the Zoo today (Tuesday 24 March) show devoted zookeepers - some now living on site in the Zoo’s Lion Lodge guest accommodation – observing social distancing while cleaning Penguin Beach, preparing food for the giraffes and caring for the meerkats, while the nearly 200-year-old charity appealed to the public for donations to help cover the costs.

ZSL London Zoo’s Chief Operating Officer Kathryn England said: “Last week, along with the rest of the country, we watched as this unprecedented situation unfolded around us and began making detailed plans in anticipation of having to do the previously unthinkable - close ZSL London Zoo to the public.

“A core team of zookeepers, vets, security and grounds staff have stayed on site and are making each day as normal as possible for our much-loved residents, many of which are endangered species and part of important global breeding programmes.”

An iconic London landmark, ZSL London Zoo closed to the public on Saturday 21 March for the first time since World War Two, immediately offering up its car park to NHS key workers and sending packages of perishable food from its Terrace Restaurant to nearby hospitals.

Nestled in the heart of Regent’s Park, the Zoo opened to scientists in 1828 and to the public in 1847. Pre-dating the invention of the telephone, it’s had six reigning monarchs as its Royal Patron, and survived two world wars – closing only briefly during WWII upon instruction from the government, before being re-opened to boost the morale of Londoners.

ZSL needs your support to feed and care for its 18,000 animals - from majestic lions to tiny frogs - while the zoo is closed to visitors. To find out more and help us weather the storm head to zsl.org/support-our-zoos